Home On This Day On This Day: Cole the goal makes shock Old Trafford switch 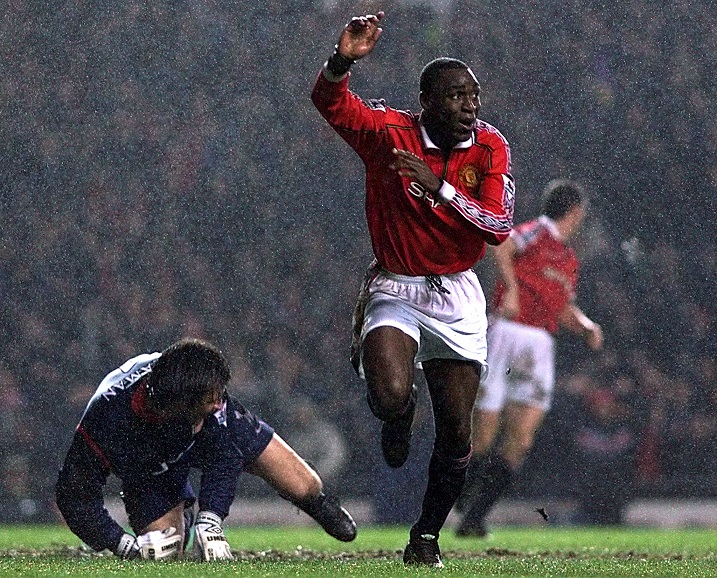 On January 10, 1995, Manchester United made a sensational signing as they snapped up Newcastle United striker Andy Cole to the shock of the footballing world.

At the time, England international Cole, who signed for Newcastle from Bristol City in February 1993 for a then club-record of £1.75million, was ripping it up in the Premier League and making a huge name for himself.

There were no rumours of an exit for a player who was a firm fans’ favourite at St James’ Park, and you can understand how shocked the the Geordie faithful would have been when the news of his departure came through.

With no Twitter or Facebook, it was down to football supporters to frantically check Teletext for the latest stories, read through the newspapers or hit the phone lines for the up-to-date football news.

Suddenly on January 10, to the shock of everyone, Cole joined the Red Devils in a deal worth £7m – £6m cash plus Keith Gillespie going in the opposite direction – setting a new record for the most expensive British transfer.

Angry with the sale of the striker, Newcastle fans voiced their displeasure on the St James’ Park steps, with manager Kevin Keegan coming out to try and explain his decision to sanction the exit.

Kevin Keegan talking to fans outside SJP about the sale of Andy Cole. Crazy to think how open the club used to be. pic.twitter.com/T60CblHO1D

On the flip side, United fans were on cloud nine with the new signing and Cole proved to be a massive hit at Old Trafford, scoring 121 goals in 275 games and winning nine trophies.

The striker lifted the Premier League trophy five times during a dominant period for the Red Devils, won the FA Cup twice (including against former employers Newcastle in 1999), the Charity Shield and, of course, the 1999 Champions League in the treble-winning season.

Cole would end up leaving United in 2001, going on to play for Blackburn Rovers until 2004, before turning up at Fulham, Manchester City, Portsmouth, Birmingham City, Sunderland, Burnley and Nottingham Forest.

The Englishman is third in the Premier League’s all-time top scorers with 187 strikes, leaving him 21 goals behind second-placed Wayne Rooney and 73 adrift of Newcastle legend Alan Shearer.

To this day, the sale of Cole remains one of the strangest transfers in PL history and it is one that Newcastle fans still believe to be a costly one for then manager Keegan.

During his time at St James’ Park, Cole scored 55 goals in 70 league appearances and is still regarded as one of the best players to pull on the famous number nine shirt on Tyneside.