Home On This Day On this day: End of an era as Ronaldinho retires

On this day: End of an era as Ronaldinho retires 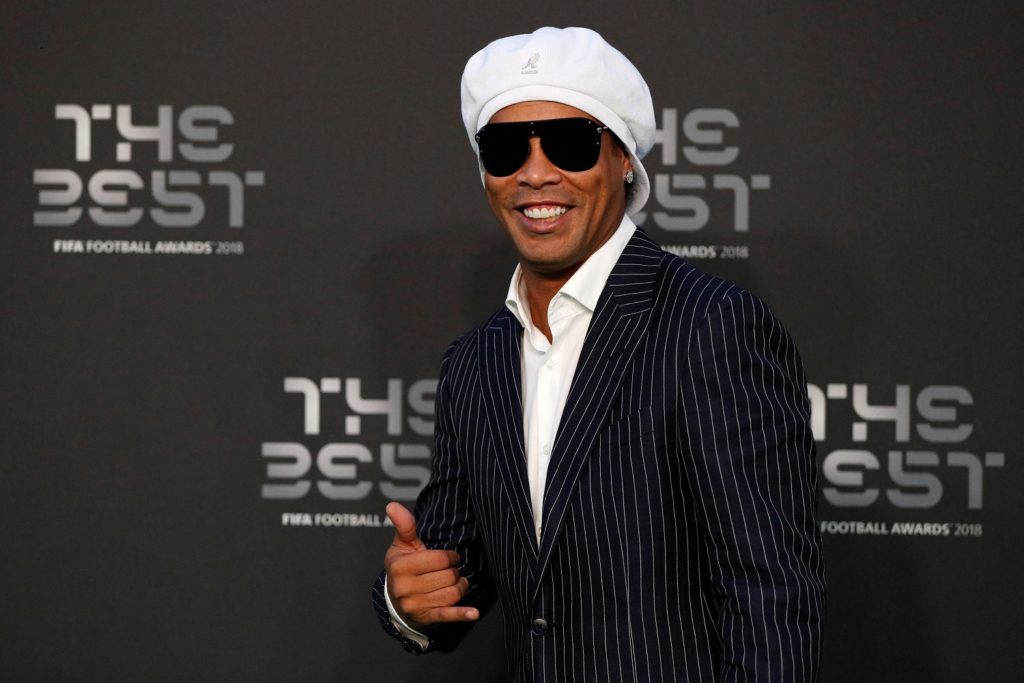 For some time, Brazil's Ronaldinho was the best player in the world - one of those rare talents who seemed to make the game up as he went along.

On this day in 2018, Ronaldinho finally called time on his career, although some of his harshest critics could say that he had pretty much done so a decade before.

It was the golden period between 2002 and 2007 where he shone for club and country with his individual brand of playground football.

Ronaldinho was born in Porto Alegre in 1980 and it was clear early on that he would go on to be a star.

The youngster shone through his country’s youth teams and graduated in time to be part of the Selecao squad that won the 1999 Copa America in Paraguay.

It was the World Cup in South Korea and Japan three years later where he really came to prominence though, wowing the world with his brilliant execution of the ‘Elastico’. An old favourite in street football, the skill was pioneered by Rivelino and sees a player shift the ball to their least favoured side before moving it back to the foot they want to attack on.

Few England fans will forget his famous free-kick that outfoxed David Seaman in the quarter-finals, ending the Three Lions’ campaign in Asia. After a needless foul was conceded by Paul Scholes on Kleberson, Ronaldinho placed the ball down 35 yards from the England goal and having spied David Seaman preparing for a cross, used his instep to loop the ball over the goalkeeper and into the net.

While he was sent off soon after, he returned to play a role in the final as Brazil won the World Cup for the fifth time.

A year before all that the now-40-year-old had moved to Europe, joining Paris Saint-Germain from boyhood side Gremio but it was at Barcelona where he truly flourished.

Sir Alex Ferguson had tried to tempt him to Manchester United but Camp Nou was calling and a five-year spell produced a couple of La Liga crowns and most importantly, the Champions League in 2006.

Prior to this he had won his sole Ballon d’Or but even during these halcyon days there were constant rumours about his nocturnal activities. Then Barca boss Frank Rijkaard was known for running a successful but relaxed ship and his laissez-faire approach caused issues as his reign went on. In fact, one of Pep Guardiola’s requests upon replacing the Dutchman is believed to have been that Ronaldinho was shown the door.

That was in 2008 but the final decade of his career was almost a victory lap, most notably teaming up with Zlatan Ibrahimovic at AC Milan produced a Serie A title before he returned to Brazil.

Flamengo was his first port of call and for a man who liked a party, Rio de Janeiro may not have been the best place to be, with Carnival a particular favourite.

Probably the high point of his partying came in 2011. Club president Patricia Amorim was left pulling her hair out as his performances deteriorated and came up with a novel way of curbing his enthusiasm.

The Mengão set up a phoneline on which fans could ring club officials if they saw the player out on the town and someone from the organisation would come pick him up.

On he went to Atletico Mineiro where, in 2013, he became one of the select group to have won both the Champions League and Copa Libertadores.

A spell in Mexico at Queretaro was followed by two months at Fluminense but he took time to make his official retirement call, two-and-a-half years in fact.

Why retire when you earn a fortune playing futsal, netting 16 goals in eight games in India’s Premier Futsal League.

An official call came on January 16, 2018, and that summer he took part in the World Cup’s closing ceremony, playing a Russian folk song called ‘Kalinka’ on an African drum.

That bizarre incident shows why you could never put your finger on Ronaldinho. A maverick both on and off the field and very few will ever emulate his magic.