On This Day: Rooney worldie wins derby for United 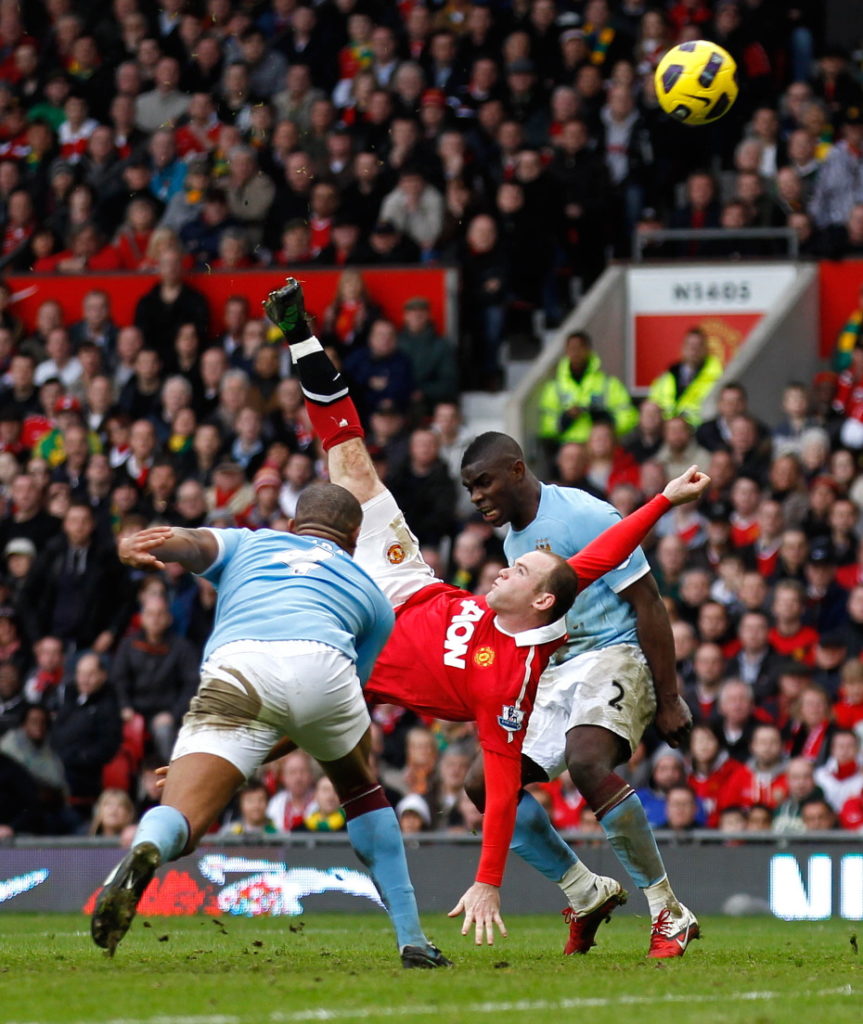 Wayne Rooney scored one of the most iconic goals the Premier League has ever seen on this day in 2011.

Rooney’s stunning overhead kick for Manchester United in the 2-1 derby victory over Manchester City is the sort of strike that is repeated time and again when the best goal compilations are aired. It was a one-off
moment, a piece of brilliant individual skill to take the breath away as the forward connected with Nani’s right-wing cross in mid-air to thump the ball into the top corner.

City keeper Joe Hart watched on helplessly as Rooney timed the execution of the overhead kick perfectly and it was rightly voted the Premier League’s best goal in the first 20 seasons of the competition, while it
was also named ‘BBC Goal of the Season’ in the 2010-11 campaign.

Rooney himself has described the effort, which was his fifth league goal of that season, as his best-ever for United and it was a vitally important goal at the time too, as it not only gave the Red Devils a narrow win
over their local rivals but kept them a point clear of second-placed Arsenal in the title race.

Nani can take some credit for the flighted ball in but the way Rooney reacted instinctively to despatch what wasn’t even a chance was mightily impressive. The goal left those in the stadium open-mouthed before the celebrations kicked in and Rooney took the acclaim of the home fans, running to the corner flag before being embraced by his equally gob-smacked team-mates.

Nani had earlier put Sir Alex Ferguson’s side ahead in what had been a tense derby, before David Silva equalised but everything that afternoon at Old Trafford was eclipsed by Rooney’s 78th-minute wonder-goal.

The England legend is set for a reunion with his old club when his current employers, Derby County, take on United in the FA Cup fifth round next month.

Ferguson’s side went on to win their 19th top-flight title that year – moving ahead of arch-rivals Liverpool’s tally of 18 in the process – while City ended the campaign third, nine points behind United.

Rooney finished the season with 11 league goals and went on to become the club’s all-time record scorer with 253, before returning to boyhood club Everton in 2017.