Home On This Day On This Day: Delia’s half-time show fails to make Canaries sing 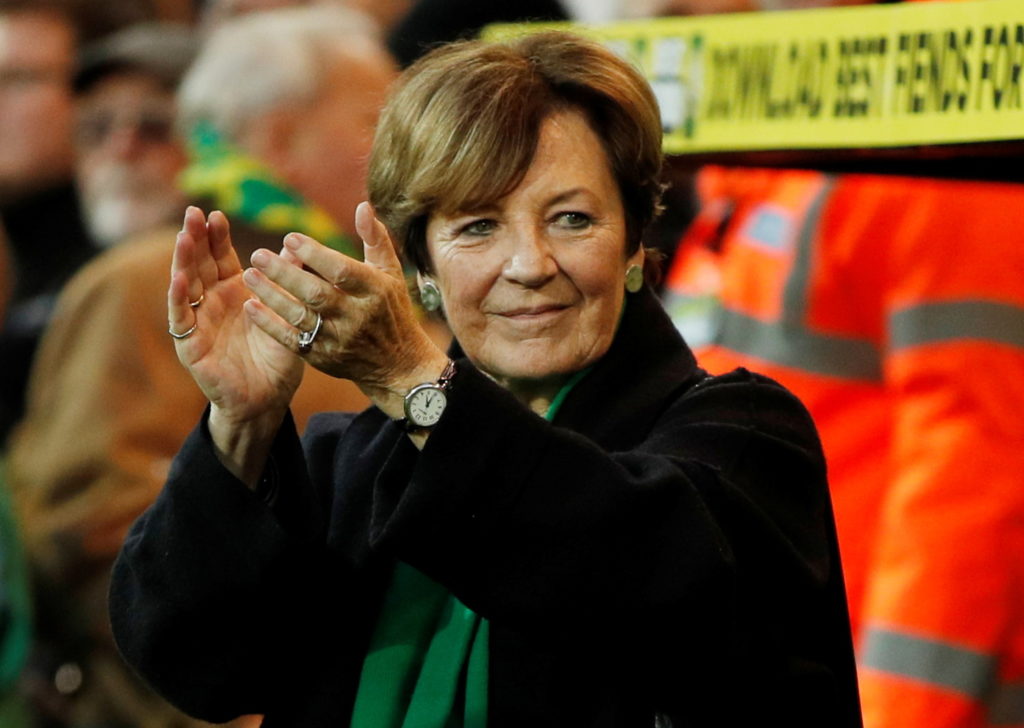 On this day in 2005, one of the strangest incidents in Premier League history occurred as Delia Smith took to the field to encourage her beloved Norwich.

The celebrity chef, who is still a majority shareholder at Carrow Road, was perturbed by the subdued atmosphere at the ground after seeing Nigel Worthington’s Canaries blow an early two-goal lead against Manchester City.

Dean Ashton and Leon McKenzie had put the hosts 2-0 up inside 16 minutes but they had failed to hold onto their advantage and Antoine Sibierski and Robbie Fowler levelled things heading into the break.

On a chilly night in Norfolk, Smith felt the time was right for her to try and warm up the crowd with a rousing speech that could inspire them into becoming the proverbial 12th man and cheer their side to success.

Both clubs were scrapping for their lives in the bottom half of the Premier League and Delia felt the time was right to get the crowd going.

With the fans returning from grabbing their half-time refreshments, Norwich’s most famous fan grabbed the mic and gave it her all.

Unfortunately, it soon appeared this wasn’t a pre-rehearsed rallying call, asking the fans “where are you?” and responding to the muted jeers with a cry of “let’s be ‘avin you”.

The broadcasters on the night immediately picked up on the unexpected incident and these days the speech would have gone viral in seconds. In those simpler times that was not the case but you can easily find a gif or YouTube recording of the incident.

Despite Delia’s best efforts, her odd, impromptu message did not pay off but it was not without effort from the Canaries in the second half.

Ashton went closest with a fine half-volley that was beaten away by David James but it was heartbreak for the home side in stoppage time, who battled manfully after losing Mattias Jonson to a red card with 23 minutes left.

After good work by Shaun Wright-Phillips, Fowler bundled in the winner. The goal was the former England’s forward’s 150th in the Premier League but was barely in keeping with his history as one of the game’s cleanest strikers of the ball as it bobbled into Robert Green’s net.

They all count though and the three points claimed in Norfolk aided City in finishing eighth in the table, ending the campaign with an eight-match unbeaten run.

Norwich finished 19th in the standings and, having enjoyed somewhat a yo-yo experience ever since, look set for another season in the Championship next term.

The East Anglians sit bottom of the Premier League heading into Friday’s visit of Leicester and probably not even Delia could cook something up to get them out of their current predicament.