Home On This Day On This Day: Late R’s rally leaves Liverpool stunned 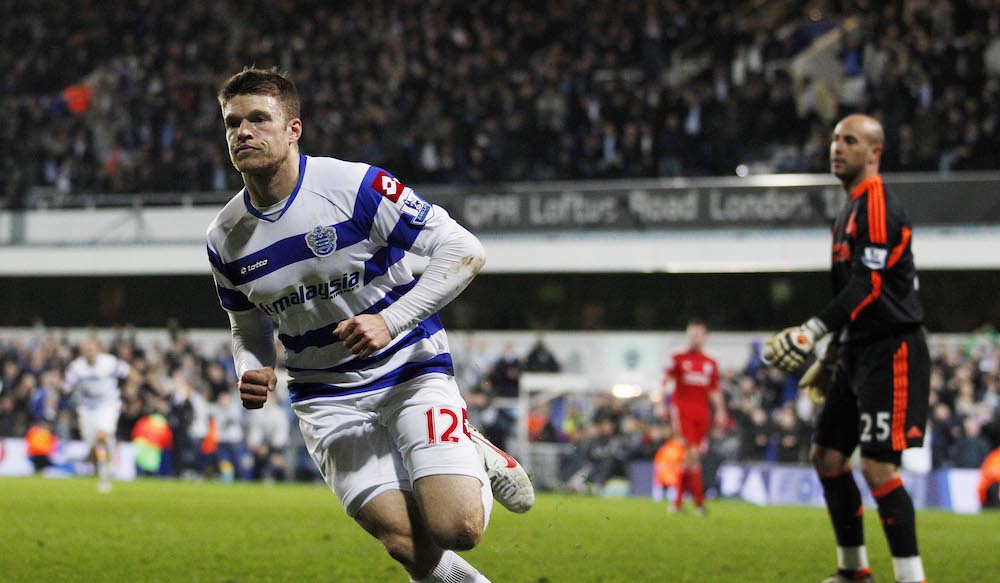 QPR gave their survival hopes a major shot in the arm On This Day in 2012 as they scored three times in 13 minutes to come from behind to beat Liverpool 3-2.

The R’s headed into the midweek encounter at Loftus Road with the Reds having failed to win any of their last six Premier League matches, leaving them flirting with relegation.

Meanwhile, Liverpool had won their previous two outings, beating Everton 3-0 in the Merseyside derby and getting the better of Stoke in the FA Cup quarter-finals, so arrived in west London in confident mood.

After a scoreless first half, Kenny Dalglish’s side made a deserved breakthrough in the 54th minute, Sebastian Coates producing a remarkable acrobatic finish to put the visitors ahead with his first goal for Liverpool.

Eighteen minutes later and it appeared to be game over when Dirk Kuyt stabbed in a second, QPR having failed to clear their lines after Luis Suarez’s initial effort had come back off the post.

For a side that was one of the lowest scorers in the Premier League that season, coming from 2-0 down with less than 20 minutes to play looked a near-impossible task.

However, Mark Hughes’ men gave themselves hope through an unlikely source when Shaun Derry headed home his first goal in five years on 77 minutes.

A familiar face would then return to haunt Liverpool when former striker Djibril Cisse nodded in the equaliser for QPR with four minutes remaining.

A point would have been a decent result for Rangers but they were presented with all three in injury time when Jose Enrique completely missed the ball as he went to clear it. Waiting behind him was Jamie Mackie and he was able to roll in the winner for the home side.

The result was to prove a turning point in both sides’ seasons. Liverpool went on to lose their next two Premier League matches, ending their hopes of a top-four finish and ultimately costing Dalglish his job.

Meanwhile, QPR would go on to win their next four matches at Loftus Road, and despite losing all their away games in between, that was enough to see them survive in the Premier League.

It wasn’t to be the last dramatic 3-2 scoreling the R’s were involved in as they went down to defeat by that same margin to Manchester City in famous circumstances on the final day of the season.