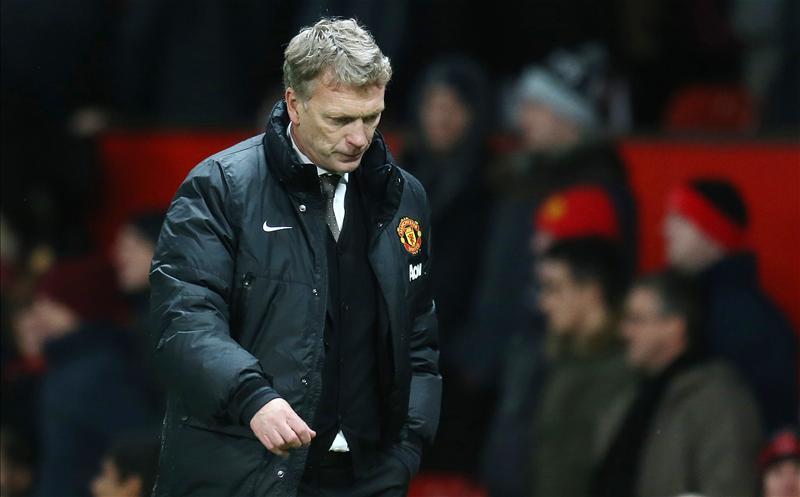 Man City boosted their Premier League title hopes on this day six years ago when they comfortably swatted aside local rivals United - again - at Old Trafford.

Two-and-a-half years on from their famous 6-1 triumph at the so-called ‘Theatre of Dreams’, City returned to condemn the Red Devils to another heavy defeat, this time winning 3-0, to further lay down their title credentials that spring.

It was their third win on the spin at Old Trafford after also coming away with a 2-1 triumph the previous season and it further served to underline how the balance of power had swung firmly in the Citizens’ favour around that time.

United were a fading force after Sir Alex Ferguson’s exit a year earlier with David Moyes struggling to live up to expectations. This derby defeat left the red half of the city way off the pace in terms of the title race, down in seventh place and 18 points adrift of then-leaders Chelsea.

To make matters worse, this abject performance and result was their second successive 3-0 home defeat, following hot on the heels of a similar dismal day against, you’ve guessed it, their other big rivals, Liverpool.

City proved their class and the growing gulf between the two sides with goals from Edin Dzeko, who scored a brace, including the opener after just a minute, and a late Yaya Toure effort.

In truth, it could have been more as Manuel Pellegrini’s side controlled proceedings, with Toure, David Silva, Fernandinho and Vincent Kompany all excellent for the visitors.

Dzeko got the party started for City before many had settled into their seats, converting after Samir Nasri’s shot had come back off the post and the Bosnian forward came close to adding a second soon after only to be denied by United keeper David De Gea.

Marouane Fellaini and Juan Mata did briefly threatened for Moyes’ side but it was just 0-1 by half-time, much to City’s frustration as they chased a crucial second goal.

They didn’t have to wait long after the break to ram home their derby superiority, however, as Dzeko grabbed his second of the afternoon when volleying past a helpless De Gea.

From then, it was largely game-management time from City, who held United at arm’s length. The hugely-impressive Toure guided home his 21st goal of the season in injury time to put extra gloss on the victory, which placed Pellegrini’s side into pole position in the fight to be champions.

The win moved them up to second, above Liverpool and just three points behind Chelsea with two games in hand.

Moyes wouldn’t even last a month longer in charge of United and was sacked when Champions League qualification became an impossibility.

To rub salt into the wound, City built on this fine win and deservedly claimed their second Premier League title on the final day of the season, finishing two points clear of Liverpool.