Home On This Day On This Day: Di Canio magic sets West Ham on their way

On This Day: Di Canio magic sets West Ham on their way 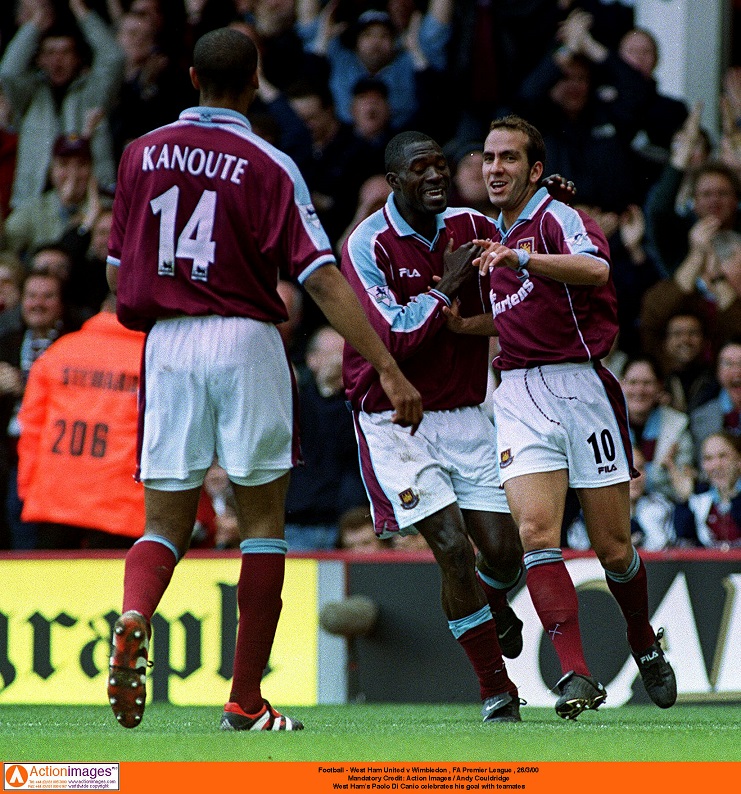 Paolo Di Canio scored one of the greatest Premier League goals of all time two decades ago in West Ham United's 2-1 victory against Wimbledon.

The date of March 26, 2000 will live long in the memory, not only of West Ham supporters, but also football fans worldwide as Italian maestro Di Canio produced one of the greatest finishes in Premier League history.

With the Hammers battling for a top-six finish, which would have seen them reach the UEFA Cup first round, and Wimbledon desperately trying to avoid relegation, picking up all three points was pivotal for both teams.

Upton Park was always a difficult place to visit and the Dons made a dreadful start as they found themselves 1-0 down with just eight minutes on the clock, although any side would have struggled to keep this fine effort out.

Picking up the ball midway through Wimbledon’s half, the late Marc-Vivien Foe, who sadly died when collapsing on the pitch when playing for Cameroon in the semi-final of the 2003 Confederations Cup, played a lovely pass out to Trevor Sinclair on the right wing.

It was the most jaw-dropping of many spectacular goals Di Canio scored during his career but done in such a nonchalant fashion. Di Canio would go on to score 51 goals in total for West Ham before leaving in 2003, putting him joint-31st on the club’s all-time scoring charts.

The Hammers managed to double their advantage just before the hour mark when Frederic Kanoute, who also ended up leaving the club in 2003 to join Tottenham Hotspur, found the back of the net to give the hosts some breathing space.

Needing a big response in the final half hour of the game, Wimbledon did pull one back through Michael Hughes 15 minutes from time and that did set up a slightly nervous finish for the Irons.

However, the Hammers were able to see out the victory and condemn the Dons to another defeat, which left their Premier League status in a perilous situation going into the final two months of the campaign.

In the end, the Dons were unable to stay up as they finished 18th in the standings, three points adrift of 17th-placed Bradford City, and the ‘Crazy Gang’ have never returned to the top flight since.

West Ham ended the campaign in ninth place, missing out on a European finish for the next season.