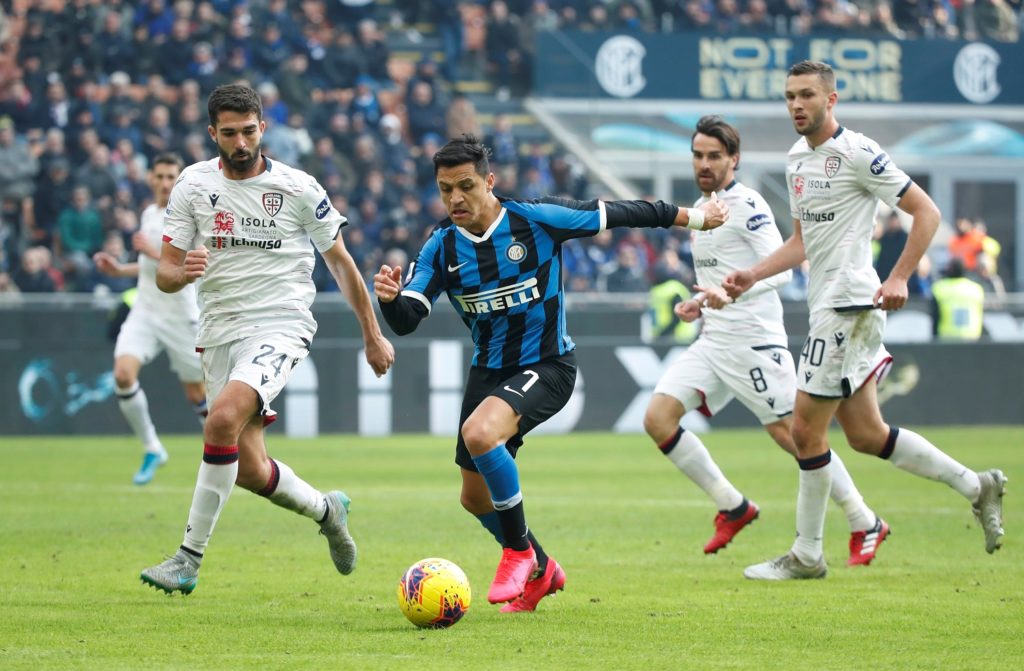 Alexis Sanchez will return to Manchester United in the summer and be reintegrated into the squad, according to boss Ole Gunnar Solskjaer.

Sanchez joined the Red Devils in January 2018, moving from Arsenal in a swap deal that also involved Henrikh Mkhitaryan.

The Chilean had entered the final six months of his contract at the Emirates and the Gunners were looking to offload him.

Manchester City were the favourites for his signature but reportedly baulked at his wage demands and potential transfer fee, allowing United to get the deal over the line.

Ole Gunnar Solskjaer has revealed that #ManchesterUnited loanee Alexis Sanchez will return from #Inter this summer “and prove us all wrong”. #SerieA #MUFC #EPL #FCIMhttps://t.co/g0o3eewtsB pic.twitter.com/Bm7LUXKXmG

Sanchez has failed to repeat his Arsenal form, though, netting just five goals in 45 appearances before joining Inter Milan on loan in the summer, although the deal did not include a transfer clause.

Injuries have limited him to just five Serie A outings and rumours emerged late on Monday that United were keen to bring him back and allow the former Barcelona man the chance to prove himself.

Solskjaer confirmed the news at his Tuesday press conference that the player will be heading back to Old Trafford at the end of the campaign.

He told reporters: “Alexis will come back in the summer and prove you all wrong.”

The Norwegian’s omission adds further fuel to the fire that the Red Devils will not be making any signings in attacking areas before the close of the January transfer window.

Talks remain ongoing with Sporting Lisbon for midfielder Bruno Fernandes, although the fee of the 60m euros being mentioned is thought to be too much for the Old Trafford board.

Solskjaer has suggested the deal for Fernandes may not be completed before Friday’s deadline, hinting the club intend to be quiet over the next few days.

He added: “I haven’t got any updates for you on transfers, I think it was a waste (of a question), I gave you the option.”