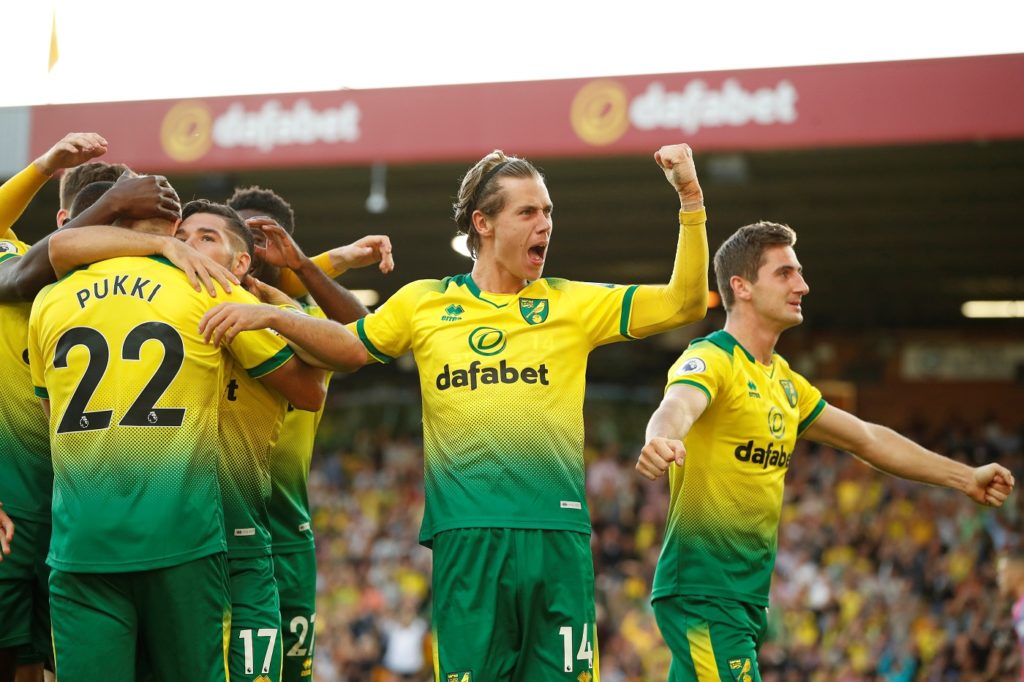 The first international break of the season meant there were just three rounds of fixtures during September, with Liverpool maintaining their perfect start.

The Reds ended the month having not only won all seven of their league games at the start of the campaign, but they were actually on a 16-game winning run in the top flight that stretched back to early March.

However, the manner of Liverpool’s victories were not exactly convincing as, after beating Newcastle at home, they were rather fortunate to see off both Chelsea and Sheffield United on the road.

Those victories meant Jurgen Klopp’s side ended the month five points clear at the top of the table, while the German also picked up the manager of the month accolade once again.

The reason Liverpool had opened up such a big gap was largely down to Manchester City being on the end of one of the shocks of the season, as Pep Guardiola’s side went down to a 3-2 defeat at Norwich – Teemu Pukki once again starring for the Canaries.

Leicester also suffered their first defeat of the season during the month, losing 1-0 at Manchester United, but the Foxes remained in third place, thanks largely to their 5-0 thrashing of Newcastle at the end of the month, a result that ramped up the pressure on Magpies boss Steve Bruce.

Arsenal and West Ham led the chasing pack just in behind the top three, while Crystal Palace and Bournemouth were enjoying good starts to the season and Chelsea appeared to be moving in the right direction under Frank Lampard, with Tammy Abraham also underlining his credentials with a hat-trick in their eye-catching 5-2 win at Wolves.

At the other end of the table, Watford had turned to a familiar face to succeed Javi Gracia by bringing in former boss Quique Sanchez Flores, who oversaw a spirited 2-2 draw against Arsenal in his first match back at Vicarage Road.

However, that proved to be something of a false dawn for the Hornets, who were then thrashed 8-0 at Man City the following week before rounding off the month with a 2-0 loss at Wolves.

That defeat at Molineux left Watford as the only side yet to register a league win and they were already three points adrift at the bottom of the table.

To put that into context, just three points separated Newcastle in 19th and 12th-placed Sheffield United, with the likes of Everton and Wolves perhaps surprisingly languishing in the bottom half.

Arsenal forward Pierre-Emerick Aubameyang was named player of the month after scoring in every match he played during September, including a brace against Watford and a late winner at home to Aston Villa.

The goal of the month award went to Southampton winger Moussa Djenepo, whose first Premier League strike was not only the winner at Sheffield United, but also a superb individual effort.