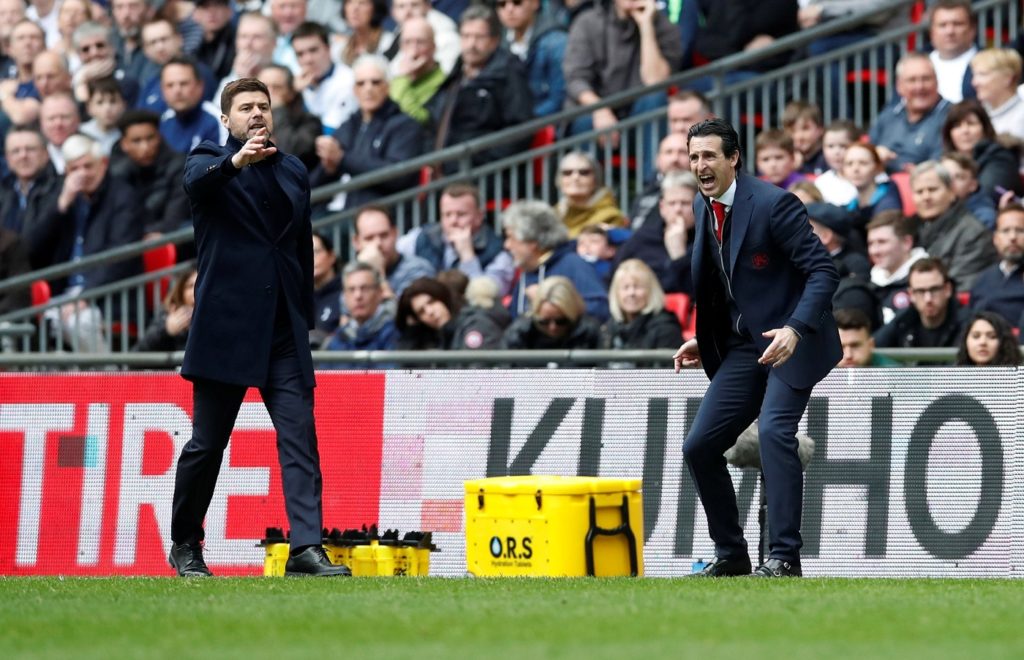 There was upheaval in North London during November as Arsenal and Tottenham both parted ways with their manager during the month.

Tottenham were first to pull the trigger, with Mauricio Pochettino departing after five-and-a-half years in charge and just a few months after leading the club to their first ever Champions League final.

The Argentine left with Spurs languishing down in 14th place and without a win in their previous five league games, with his final match in charge ending in a 1-1 home draw with Sheffield United – the in-form Blades ended the month unbeaten and seventh in the standings.

Tottenham did not take long to replace Pochettino, with Jose Mourinho being appointed a matter of hours later and the ‘Special One’s’ first match in charge ended in a much–needed 3-2 win at West Ham.

Arsenal’s decision to part ways with Unai Emery came at the end of the month and on the back of a seven-game winless run across all competitions, a sequence that included defeat at Leicester and home draws with Crystal Palace, Wolves and Southampton.

Freddie Ljungberg was appointed as interim manager, but the Gunners would have to wait the best part of a month to find out who Emery’s long-term successor would be.

On the pitch, the month once again belonged to Liverpool, who won all four of their league games, including a 3-1 triumph over Manchester City, with player of the month Sadio Mane netting in that game, as well as the victories over Palace and Aston Villa.

The defeat for City, coupled with their 2-2 draw at the end of the month against Newcastle, saw Pep Guardiola’s side slip down to third and 11 points behind the leaders.

Leicester were now the nearest rivals to Liverpool following a perfect November for Brendan Rodgers’ side, while Chelsea completed the top four, enjoying a six-point gap over the chasing pack.

There was finally a reason for Watford to cheer at the bottom end of the table, as they recorded their first league win of the season, beating fellow strugglers Norwich 2-0 at Carrow Road, although they remained three points behind the 19th-placed Canaries and six points adrift of safety.

Southampton completed the bottom three, although there were signs by the end of the month that the south coast club were finally recovering from their 9-0 home defeat to Leicester in October.

Everton were now just outside the bottom three and the pressure was starting to mount on boss Marco Silva following a disappointing autumn, but with just two points separating the Toffees and 12th-placed Bournemouth, there were more than a few teams looking nervously over their shoulders.

For the third time in four months, Liverpool boss Jurgen Klopp picked up the manager of the month accolade, while the best goal of November came from Man City’s Kevin De Bruyne, who unleashed a thunderous half-volley during the Citizens aforementioned 2-2 draw at Newcastle.