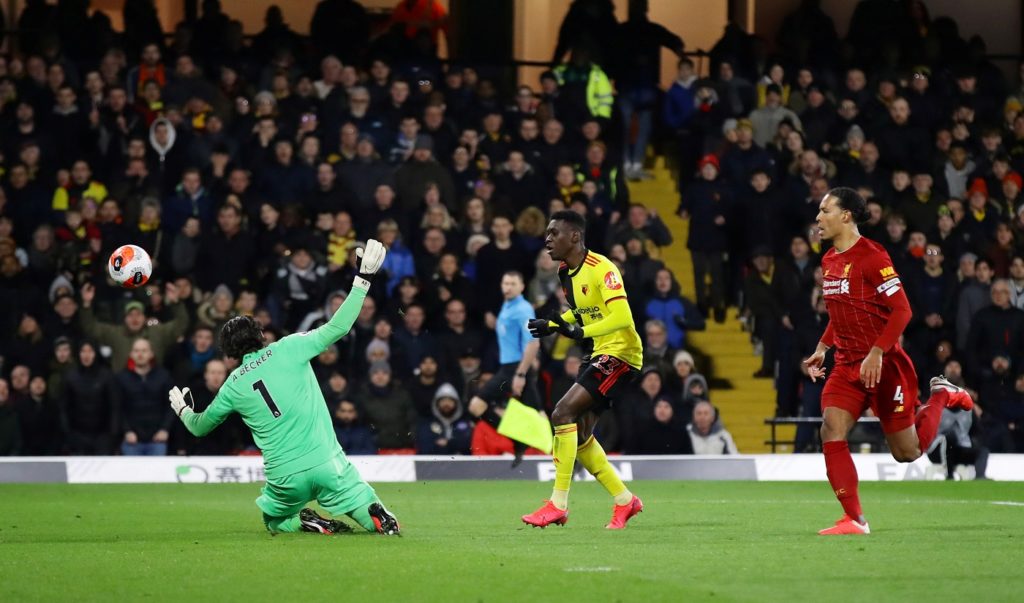 Liverpool's hopes of going the entire Premier League season unbeaten were ended in February in surprise fashion as they were thrashed 3-0 at struggling Watford.

The Reds had been on a 44-game unbeaten run that stretched back to January 2019 and they were hoping to replicate Arsenal’s Invincible 2003-04 season, however, Watford, who went into the game inside the relegation zone, had other ideas.

A brace from Ismaila Sarr and a strike from captain Troy Deeney was enough to hand the Hornets a memorable victory, although Liverpool still ended the month 22 points clear at the top of the standings, with Manchester City and Leicester also dropping points.

Fourth-placed Chelsea were another team that endured a difficult February, winning just one of their four games, a run that included a defeat to Manchester United, who completed the league double over Frank Lampard’s side.

Indeed, United ended the month fifth in the standings and that would be enough to seal Champions League qualification after UEFA announced on February 14 that Man City would be banned from European competition for the next two seasons for breaches of financial fair play, although the Citizens confirmed their intention to appeal that decision.

City’s ban certainly opened up the race for the Champions League, as Chelsea were now just three points ahead of both United and Wolves, who enjoyed an unbeaten February, while Tottenham and Sheffield United were just two points further back, the latter also boasting a game in hand.

Even ninth-placed Burnley were still in the race for European qualification following a six-game unbeaten run that helped boss Sean Dyche scoop the manager of the month award and striker Matej Vydra secure the best goal of February following his late winner at Southampton.

At the bottom of the table, Norwich remained six points adrift of safety, although Daniel Farke’s side did end the month on a positive note by beating Leicester 1-0 at Carrow Road.

Aston Villa were also deep in the relegation mire after losing all of their league games during February, although Dean Smith’s side were just two points behind Bournemouth, Watford and West Ham, while also boasting a game in hand on all of those sides.

Brighton were just a point a clear of the relegation zone and the Seagulls ended the month as the only top-flight side yet to register a league win during 2020, with their last success coming against Bournemouth at the end of December.

February’s player of the month award went to new Manchester United midfielder Bruno Fernandes, whose arrival from Sporting Lisbon during the January transfer window had coincided with an uplift in form for Ole Gunnar Solskjaer’s side.