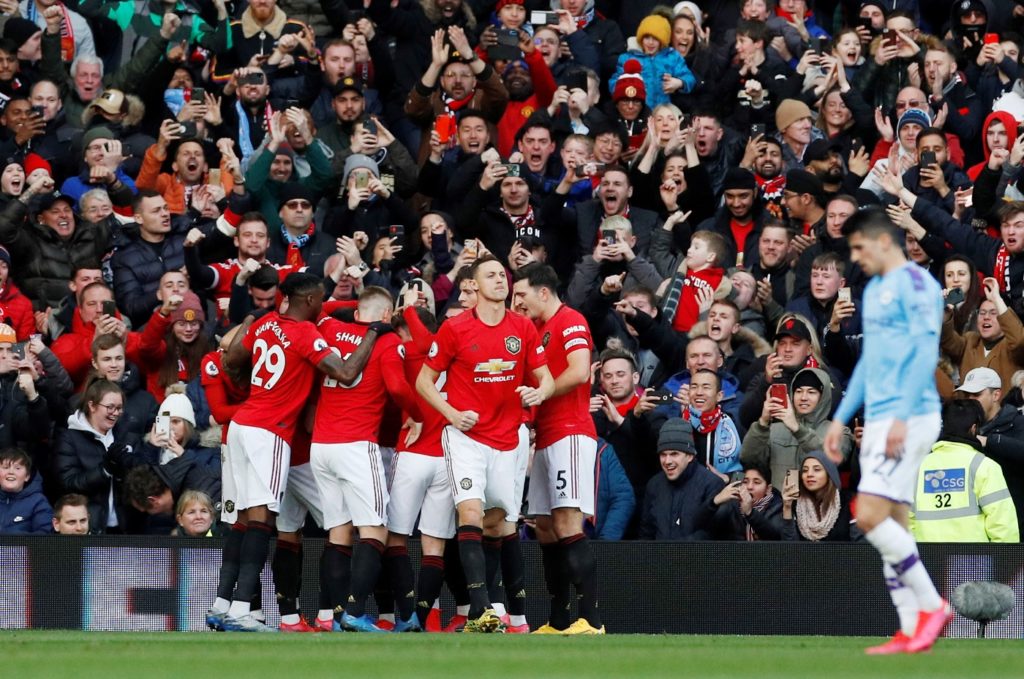 There was only one matchday played in the Premier League during March before the coronavirus pandemic led to the suspension of all football.

After losing in the Premier League for the first time in over a year against Watford at the end of February, Liverpool returned to winning ways, although they still weren’t at their convincing best as they squeezed past Bournemouth 2-1 at Anfield.

That result allowed the Reds to extend their lead at the top of the standings to 25 points after nearest rivals Manchester City were beaten 2-0 by Manchester United, who completed the league double over their near neighbours.

Whether the season is able to resume or not, that kind of advantage should surely be enough to see Liverpool claim their first Premier League title.

After a dip in form at the start of 2020, Leicester appeared to return to their best in what proved to be the final match of the month, as they thrashed Aston Villa 4-0 at the King Power Stadium on March 9.

That left the Foxes third in the standings, five points clear of fourth-placed Chelsea, while as it stands, fifth place would be enough to qualify for next season’s Champions League, with Man City having been banned from European competition for the next two seasons due to breaches in financial fair play.

There is a double-whammy for City, as Man United are currently the side in fifth position, although they are only two points clear of Wolves and Sheffield United, with the Blades, who have proved the surprise package of the season, also boasting a game in hand.

Tottenham and Arsenal will still consider themselves in with a chance of qualifying for the Champions League, although Spurs could only draw at Burnley in their sole league fixture during March, that point was enough to keep the Clarets in the top half.

At the bottom end of the table, Norwich remain six points adrift of safety after they failed to build on their surprise victory over Leicester at the end of February after losing at Sheffield United.

In fact, the status quo remained unchanged at the foot of the table, as the bottom five all lost their only games of the month, which means, if the season is ultimately brought to a premature end, then it will be Aston Villa and Bournemouth joining Norwich in relegation.

That would seem harsh on those two teams, as Villa are just two points adrift of safety and boast a game in hand on all their relegation rivals, while Bournemouth are only in the drop zone on goal difference, as they have the same amount of points as Watford and West Ham, who would certainly benefit from the season being ended.

In terms of the manager of the year award, it is difficult to look beyond Liverpool boss Jurgen Klopp, with Chris Wilder of Sheffield United perhaps being the only potential rival to the German.

A Liverpool player is also likely to scoop any player of the year accolade, with captain Jordan Henderson, Trent Alexander-Arnold and Sadio Mane expected to be among the contenders, although Manchester City midfielder Kevin De Bruyne, who has registered a league high 16 assists, could also prove a candidate.