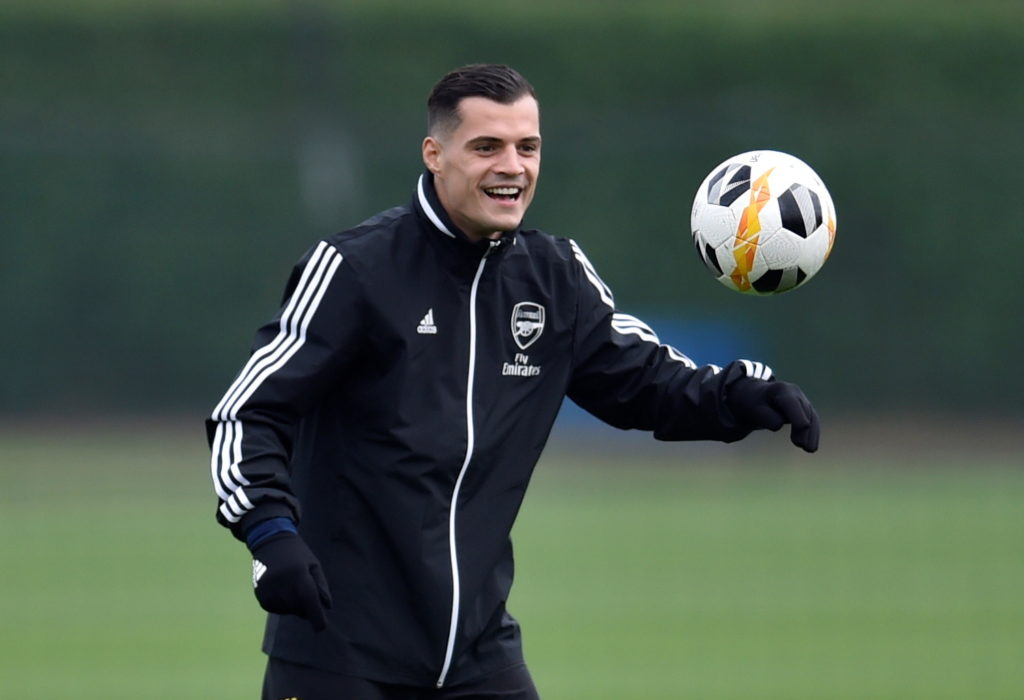 Unai Emery claims Granit Xhaka may have played his last game for Arsenal and revealed conversations have taken place over whether he should be sold in January.

The midfielder has been absent for the last three matches after a verbal altercation with supporters who jeered him as he was substituted during the 2-2 draw against Crystal Palace at the Emirates Stadium last month.

Emery, having later stripped Xhaka of the captaincy, confirmed he had taken the decision for him to sit out Saturday’s game at Leicester after conversations between the pair ended with the 27-year-old declaring he was unavailable.

In the immediate aftermath of the incident against Palace, the club offered counselling to a player Emery described as “devastated, sad and very down”.

He will now miss what could be a key game at Leicester as Emery stated he had taken the call to once again leave him out.

The Spanish tactician said Arsenal do need a player of Xhaka’s calibre but only time will tell if he will ever feel mentally ready to pull on the shirt again.

Unai Emery has set a schedule for when he will talk to Granit Xhaka and the Arsenal hierarchy about the player's future at the club https://t.co/rTAN7sfZ48

Emery also did little to quell the speculation the club may try and move Xhaka on in the winter transfer window.

When asked if the club had spoken about offloading the Switzerland international, he said: “Yes, I asked that question. The club knows the player’s decision at the moment and my decision or my idea about that situation and the circumstances.

Arsenal travel to Leicester on Saturday evening knowing a win would pull them to within three points of Brendan Rodgers’ third-placed Foxes in the Premier League table.