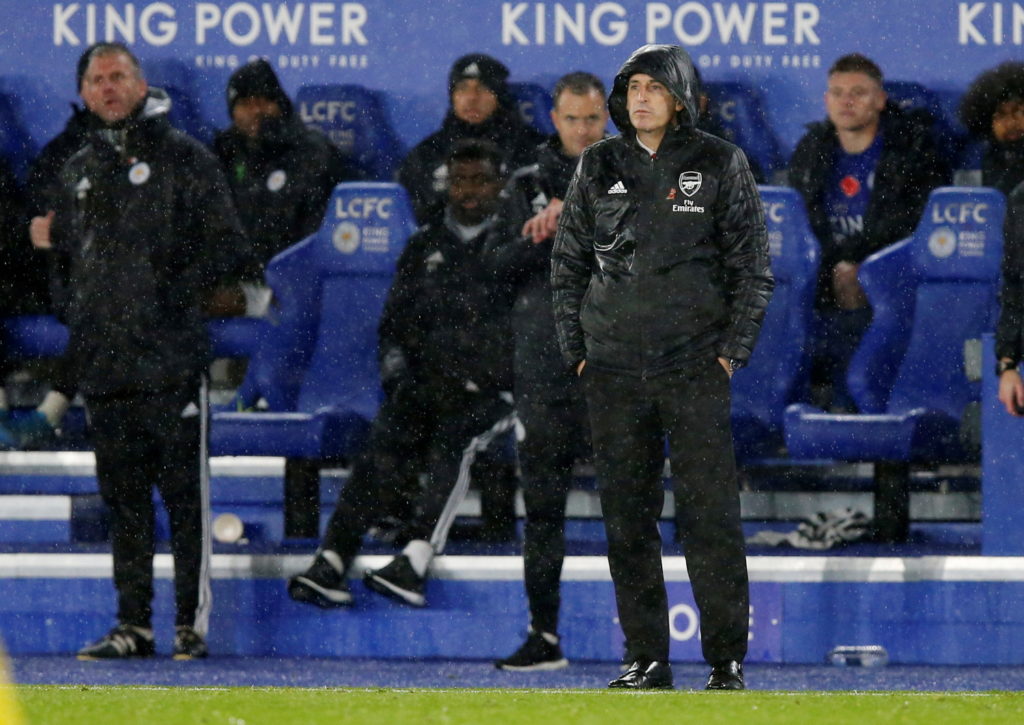 Unai Emery has been offered a vote of confidence from the Arsenal hierarchy but has been warned results must improve.

The Gunners head coach has come under mounting pressure following a string of poor performances and a record of just two wins from their last 10 Premier League games.

A 2-0 loss at Leicester on Saturday evening saw Arsenal fall eight points behind the current top four, with Emery’s target of a return to the Champions League looking as far away as ever.

But head of football Raul Sanllehi and managing director Vinai Venkatesham insist the club still have the right man in charge.

“We are as disappointed as everyone else with both our results and performances at this stage of the season,” they told Arsenal staff at a pre-planned meeting.

“We share the frustration with our fans, Unai, players and all our staff as they are not at the level we want or expect. Things need to improve to meet our objectives for the season and we firmly believe Unai is the right man for the job, together with the backroom team we have in place.”

The pair added that everyone involved at the club are “working intensively” in an effort to try and get the side back to winning ways and they are hopeful of achieving that in the near future.

Arsenal say Unai Emery is ‘the right man for the job’ and will stand by him https://t.co/MYxifOjepr

The decision to speak out comes after Emery faced questions over his future on a regular basis in recent weeks.

After the defeat at Leicester he called for calm as Arsenal headed into the international break on the back of one win from seven in all competitions.

He was also defiant following a 1-1 Europa League draw at Vitoria last week when he was asked about former Chelsea and Manchester United boss Jose Mourinho being linked to the post, simply replying: “I am the coach.”

The 48-year-old was appointed as Arsene Wenger’s successor in May 2018 and his first season ended with a 4-1 Europa League final defeat to Chelsea, having missed out on a top-four finish by a single point.

This season he has had to contend with former captain Laurent Koscielny refusing to go on the club’s pre-season tour and eventually pushing through a move to Bordeaux.

Emery has since made the controversial call to ostracise Mesut Ozil for a length of time and he stripped Granit Xhaka of the captaincy after he verbally hit out at supporters when being substituted during last month’s 2-2 draw against Crystal Palace.