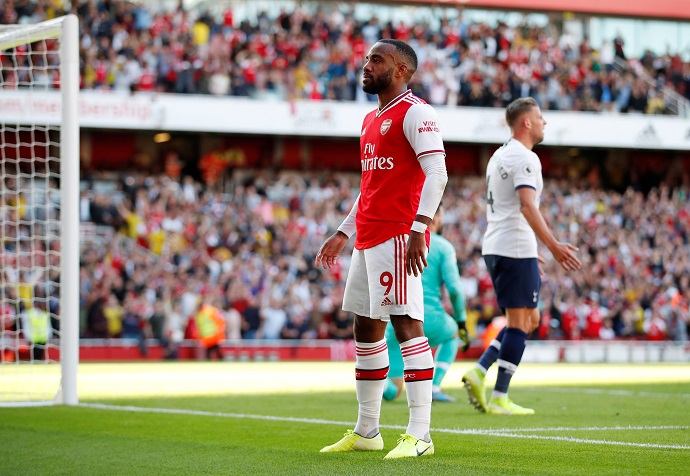 The Gunners have managed just four wins in their opening 12 Premier League games and sit in sixth spot, eight points adrift of Manchester City in fourth.

Arsenal slipped to a 2-0 defeat at Leicester in the last round of fixtures and are winless in their last five games across all competitions.

Emery’s position as manager has been heavily scrutinised in recent weeks and there have been rumours the club are considering a change at the top.

Jose Mourinho and Luis Enrique have been mentioned as potential successors, although those reports do appear wide of the mark.

Former Arsenal midfielder Emmanuel Petit has waded into the debate this week and he says it is time for Emery to leave as he believes the north Londoners look like “an average team without any inspiration or creativity”, and suggested his old team-mates Thierry Henry and Patrick Viera should be considered for the manager’s job.

Lacazette, however, has now offered Emery his backing and is convinced the former Sevilla and Paris Saint-Germain coach is the right man to turn the club’s fortunes around.

“I think now we just need to work on keeping things calm and moving forward with that,” he told the club website.

“We’re working together every day on a constant basis to pick up the slack. The group definitely supports the coach and I’m sure the club does as well. We’re a very tight group and we’re doing everything we can to improve.”

Arsenal’s head of football Raul Sanllehi and managing director Vinai Venkatesham released a statement following the defeat to Leicester and said they still see Emery as the “right man for the job”, while acknowledging they are “disappointed” by recent results and performances.

Emery may be safe for the time being but it seems clear results need to improve in the coming weeks.

Arsenal take on strugglers Southampton in the next round of Premier League fixtures on November 23 and then host Germany’s Eintracht Frankfurt in the Europa League, knowing a point would be enough to qualify for the knockout stages of the competition with a game to spare.