Holding denies Arsenal are in crisis 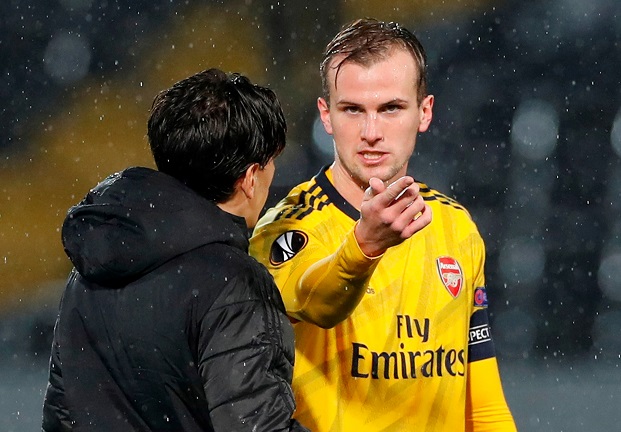 Arsenal defender Rob Holding says the club are not in a crisis and a few wins will help build their confidence quickly.

It has been a far from ideal start to this season for Arsenal as they currently lie sixth in the table after 12 games.

They are already eight points adrift of Manchester City in fourth and their chances of qualifying for the Champions League via the Premier League are looking slim, even at this relatively early stage of the campaign.

The Gunners are still displaying the soft centre that has plagued them for well over a decade now.

Only Burnley have a worse defensive record in the top half of the Premier League so far this term.

There has also been the unsavoury situation surrounding former club captain Granbit Xhaaka, ever since his angry reaction to being substituted in their 2-2 draw against Crystal Palace at the end of October.

He swore at fans and stormed down the tunnel and has not been named in any Arsenal squad since, with the captaincy also taken off him.

All these instances have led to certain sections of the Arsenal fan base calling for manager Unai Emer to get the sack having failed to take the team forward in the post-Arsene Wenger era.

However, despite their current issues, Holding has shunned any suggestions the club are in a crisis.

The 24-year-old believes the club can take advantage of the busy Christmas schedule on the horizon and begin climbing the Premier League standings.

“We just need to string a couple of wins together and I think that will lift the confidence again and hopefully set us off on a run,” the centre-back told Sky Sports.

“We’re eight points off the top four but if we have three wins in a week we’re back up within touching distance so it’s not crisis point by any stretch of the imagination. We need to keep calm, keep positive and keep working on what we need to improve on.”

Arsenal will hope to get a run underway on Saturday when they host struggling Southampton at the Emirates.

They then face a trip to bottom side Norwich a week on Sunday before a midweek home game against Brighton, in what could be a defining period in Arsenal’s season and Emery’s career.

Holding is hoping to be involved heavily, after battling back from a bad knee injury suffered against Manchester United last December.