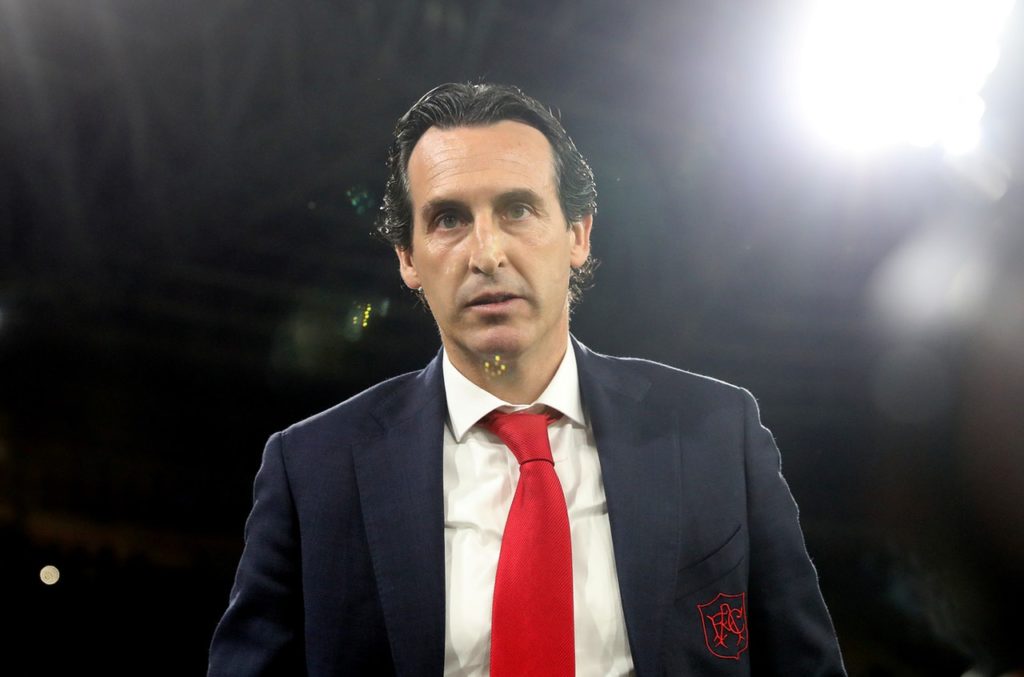 Arsenal are now winless in seven after Eintract Frankfurt fought back from a goal down to claim a 2-1 win at the Emirates Stadium in the Europa League.

The Gunners started strongly and were thoroughly dominant in the first half but they were woeful after the restart. The North London outfit are on their worst run since 1992, and on the basis of the second half display it wouldn’t be a huge surprise to see manager Unai Emery axed before the trip to Norwich on Sunday.

It could, and probably should, have been a completely different story and Arsenal nearly took the lead after just 11 minutes when Bukayo Saka’s delicious cross found Joe Willock but he headed wide amid some confusion with team-mate Pierre-Emerick Aubameyang who was also challenging for the ball.

Soon after Gabriel Martinelli was denied by an incredible stop from visiting keeper Frederik Ronnow and from the resulting corner Frankfurt cleared off the line again and it looked to be a case of when rather than if Arsenal would make the breakthrough.

Arsenal had to wait until first half injury time to finally get the goal their performance deserved as Saka and Martinelli combined well, with Aubameyang finishing off the move despite Ronnow managing to get a foot to the ball.

Frankfurt boss Adi Hutter made two changes at the break as Mijat Gacinovic and Dominik Kohr entered the action. That change in tactics and personnel paid off as within nine minute of the restart the Bundesliga club were level. Japan international Daichi Kamada grabbed his first European goal with a fine effort from the edge of the area, curling a left footed effort beyond Arsenal keeper Damian Martinez after cutting inside.

The visitors had the momentum and Martinez made a fine save to deny Filip Kostic at the expense of a corner. Arsenal failed to clear the set piece properly and Kamada was one of three Frankfurt players lining up to pick up the pieces on the edge of the area. The 23-year-old had time to take a touch and shoot through a crowd with no one closing him down to give the away side a 2-1 lead on 64 minutes.

Arsenal were unlucky to only be 1-0 up at the break but Frankfurt were deserving winners in the end as the hosts failed to offer any kind of response after falling behind.

Granit Xhaka returned for the first time since the now infamous incident when he was substituted against Crystal Palace and towards the end of the first half appeared to be heading for another early exit, this time due to an injury, but in the end he was able to complete the match. The Arsenal fans applauded him as he left the pitch for medical treatment and it could be that his career with the club is salvageable, the same cannot necessarily be said now for Emery.

Arsenal are still top of Group F but have not guaranteed a place in the Europa League knockout stages just yet, although they would have to lose by five or more goals at Standard Liege in the final round of games to miss out.