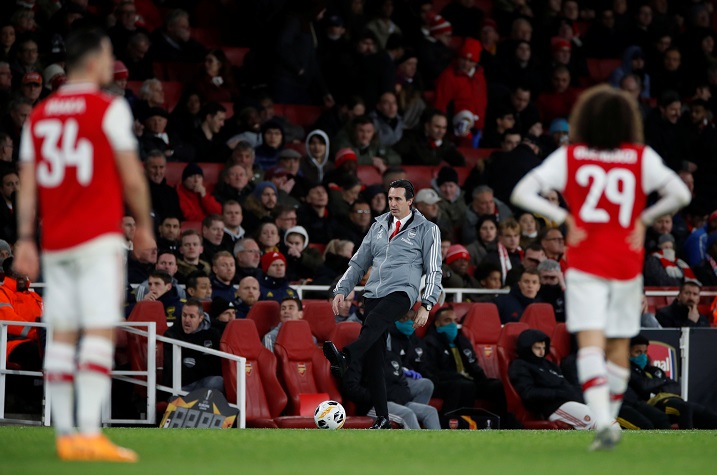 Following an underwhelming 18-month spell in North London, Unai Emery has been let go by Arsenal – a club still beset with problems.

Thursday’s 2-1 home loss to Frankfurt was the final straw for the Emirates board and Emery leaves the club with the team having barely made any progress since the Arsene Wenger days.

The Gunners lie eighth in the table after their worst ever start to a Premier League campaign, eight points away from the top four and while they are all but assured of a place in the Europa League round of 32, they don’t look like a team capable of repeating last season’s run to the final.

So what do Arsenal need to change to start challenging once again?

Obvious, but the manager sets the tone for the team and the supporters.

Emery came to the Gunners and always sat in a grey area – not an elite level coach to get the pulses racing and the excitement levels booming, but not a young, up-and-coming tactician whom fans may have been more patient with.

The Spaniard’s first season in charge was always going to be centred on transition and, in fairness, he performed well, reaching the final of the Europa League and only ending one point off the top four.

Much more was expected this season and yet the team has looked markedly worse.

The question is; which route do Arsenal go down for their new manager?

Do they ambitiously try and break the bank for a serial winner, a la Diego Simeone or Carlo Ancelotti, or do they go for a younger, more understated boss who can coach the players into something better, such as Eddie Howe or Mikel Arteta?

No-one came out of Xhaka-gate with any credit; the player himself for his petulant reaction, the manager for his dithering over the captaincy and the fans for creating an unpleasant level of toxicity at the Emirates Stadium.

Following a month in the cold after that 2-2 draw with Crystal Palace, Xhaka was recalled for the Frankfurt clash and produced a solid if unspectacular display.

However, there will always be that cloud over the Swiss international – one bad game and fans will flag up the Palace game again.

It would surprise absolutely no-one if Xhaka was to leave and have a real career renaissance elsewhere but that is something that may have to be accepted.

For real closure on the situation, the 27-year-old may have to part ways with the club in January and start afresh.

Get rid of Mesut Ozil

It’s easy to forget how much of a wonderful footballer the German is on his day. Crafty, cocky, classy; Ozil has everything you want from a number 10.

However, it is only he who is responsible for that – where the 31-year-old’s name used to carry menace, it now only carries malaise.

In many ways, the World Cup winner symbolises the supposed rewarded mediocrity that has slowly seeped into the fabric of the club – six seasons he has now spent in north London yet it’s hard to pick out more than a handful of moments where his true potential has been showcased.

It wouldn’t be so bad if he was a cheap squad filler, but Ozil is the club’s highest earner by a long stretch and is a millstone around the neck.

Arsenal will be hoping someone can come in and take Ozil off their hands, so they can reinvest in players with more appetite.

However long I oversee @Arsenal for I will give everything I have to put smiles on faces again. We have a busy few weeks ahead and the team needs your support. Let’s get to work! pic.twitter.com/WdekcA4h5G

Phase out the older defenders

When David Luiz signed for Arsenal from Chelsea for a paltry £8million on deadline day, alarm bells should have been ringing.

Yes, he was part of a Chelsea side which won the Premier League and Champions League. Yes, he is a classy operator on his day.

But for a side who have had problems at the back for over a decade, signing a defender who can’t really defend probably wasn’t a wise move – the fact Chelsea were willing to cast him aside should’ve spoken volumes.

Arsenal still look vulnerable when defending set pieces and against a team who play more physically.

Sokratis and Luiz just don’t have the nous to keep out those teams and Arsenal must make changes at the back.

Rob Holding, before his injury last season, was beginning to show why he was so highly rated as a youngster – decent on the ball, but with a real willingness to defend, and players like him should come to the forefront.

Play a style to suit both Aubameyang and Lacazette

Both Pierre-Emerick Aubameyang and Alexandre Lacazette bring a lot to the party for the Gunners, the former being a born goalscorer and speedster, the latter more a clever link player.

However, Emery’s formation meant one generally started out wide and they could never click as a front two.

It might mean whoever comes in switches to a back three, but if those two can click tighter then it would be a brutal partnership.