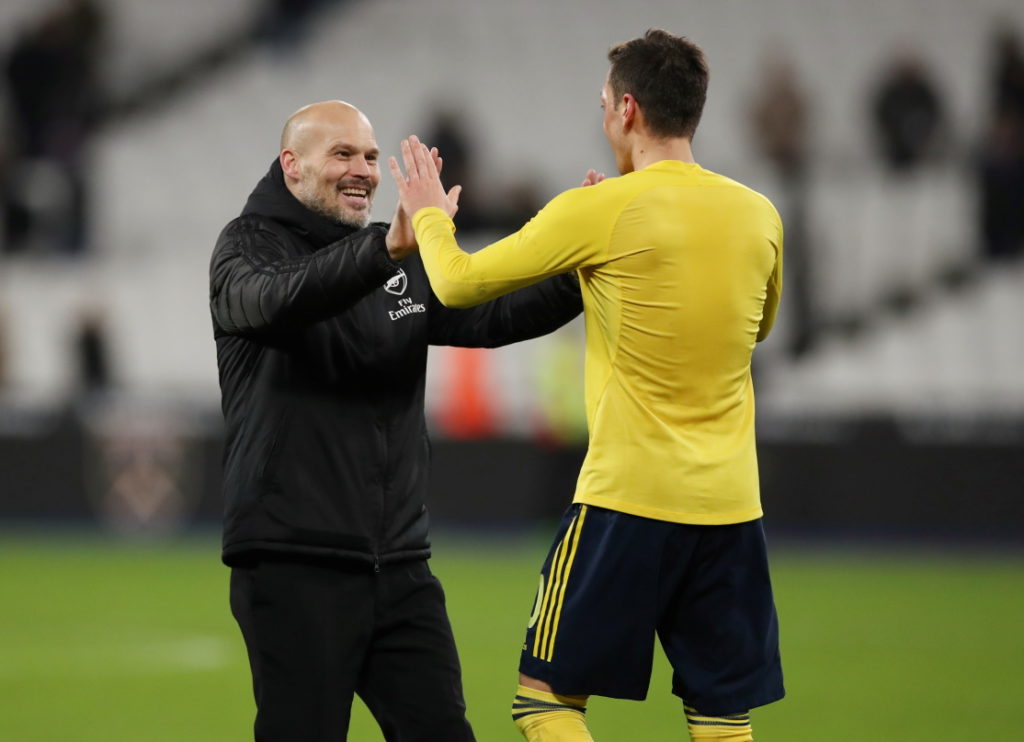 Freddie Ljungberg picked up his first win while in charge of Arsenal, but is not sure how long he will be at the helm for.

The Gunners ended a nine-game run without a win at West Ham on Monday night as second-half goals from Gabriel Martinelli, Nicolas Pepe and Pierre-Emerick Aubameyang earned them a 3-1 win.

The next assignment for Ljungberg will be a Europa League tie at Standard Liege on Thursday, but he is unaware of how long he will continue in this role.

“I speak with Edu. Of course we played with each other, so we try to speak because I don’t have much staff so I talk to him sometimes about football,” he said.

“I’ve been told to work on a game-to-game basis and that is what I try to do. I’ve said this is a club I love and I’ll try to help as much as I can and then it is up to them to do what they do.”

The 3-1 success at London Stadium was Arsenal’s first in the Premier League since a win against Bournemouth at the beginning of October, but the club’s interim boss was eager to point out there remains work to be done.

“First half we were slow, a bit lethargic and didn’t move or run, but that comes when players are low and have no confidence because you don’t do the things you need to,” Ljungberg said. “We have a lot of work to do on things, but all credit to the players for how they did in the second half.”

Angelo Ogbonna’s deflected header ensured West Ham led at the break and as a result Arsenal’s players left the field to boos.

Martinelli, on his full league debut, levelled on the hour mark and Pepe curled in six minutes later.

Captain Aubameyang added a third not long after and the Gunners cruised to victory in the end, with the majority of West Ham fans leaving well before the conclusion of this London derby.