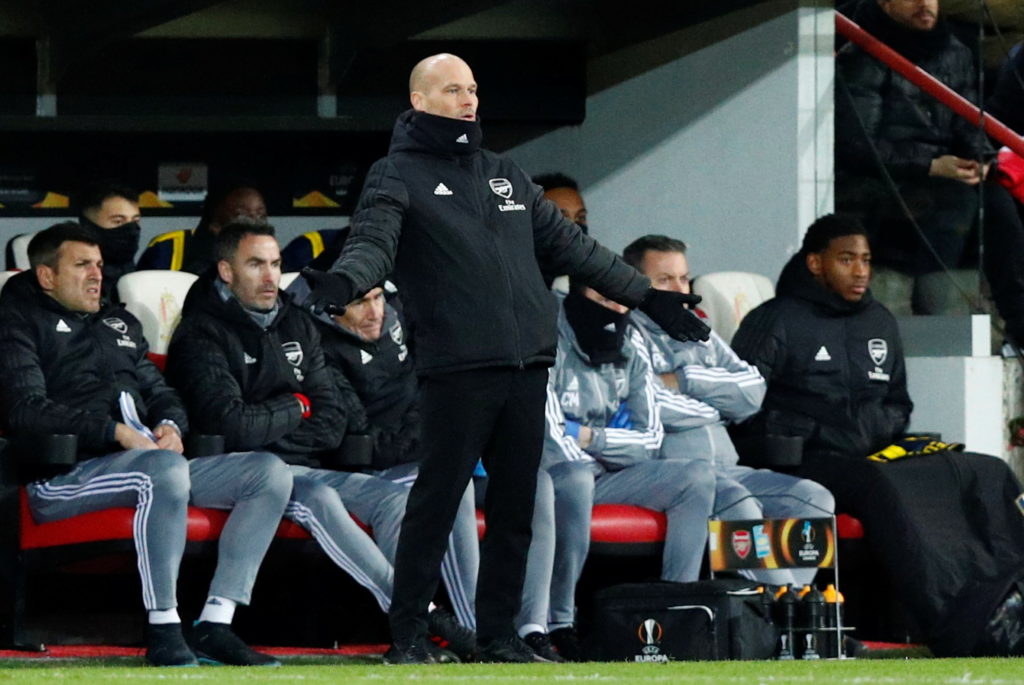 Freddie Ljungberg appears to have given up hope of being handed the Arsenal job on a permanent basis after revealing he cannot bring in his own backroom staff.

The 42-year-old was appointed on an interim basis following the sacking of Unai Emery last month and had largely avoided questions surrounding his future in the role.

But he has now said he has had no chance to add to his coaching options and seemingly started talking as though he does not believe he will be given the job on a longer deal.

The Gunners have won one of Ljungberg’s four games in charge, the 3-1 victory at West Ham their only success in 11 matches, and came from two goals down to draw at Standard Liege on Thursday.

The next test is due to be the Swede’s hardest to date as reigning Premier League champions Manchester City head to the Emirates Stadium on Sunday looking to breathe new life into their faltering defence.

Freddie Ljungberg hints that he does not expect to be Arsenal interim head coach for much longer https://t.co/sjbQX2gmM3

Ahead of the game, Ljungberg conceded he has not been able to recruit additional help, with academy manager Per Mertesacker still sitting alongside him in the dugout.

“That’s up to the club,” he replied when asked if he had made any decisions regarding backroom staff.

“The club has said I have to wait until they make a decision, so yeah, I can’t do anything at the moment. I have Per but at the same time he is academy manager but he is helping me with the coaching.

“The club has said when they make a decision then that’s it or I’m obviously leaving or maybe then we can do something with the staff. But it’s up to the club.”

Ljungberg claimed earlier in the week that he has yet to hold talks with the Arsenal hierarchy as to whether he is in the running to be appointed as Emery’s long-term successor.

The likes of former Napoli boss Carlo Ancelotti and former Arsenal midfielders Patrick Vieira – currently coach of Nice – and Mikel Arteta, who is on the coaching staff at Manchester City, continue to be linked to the post.