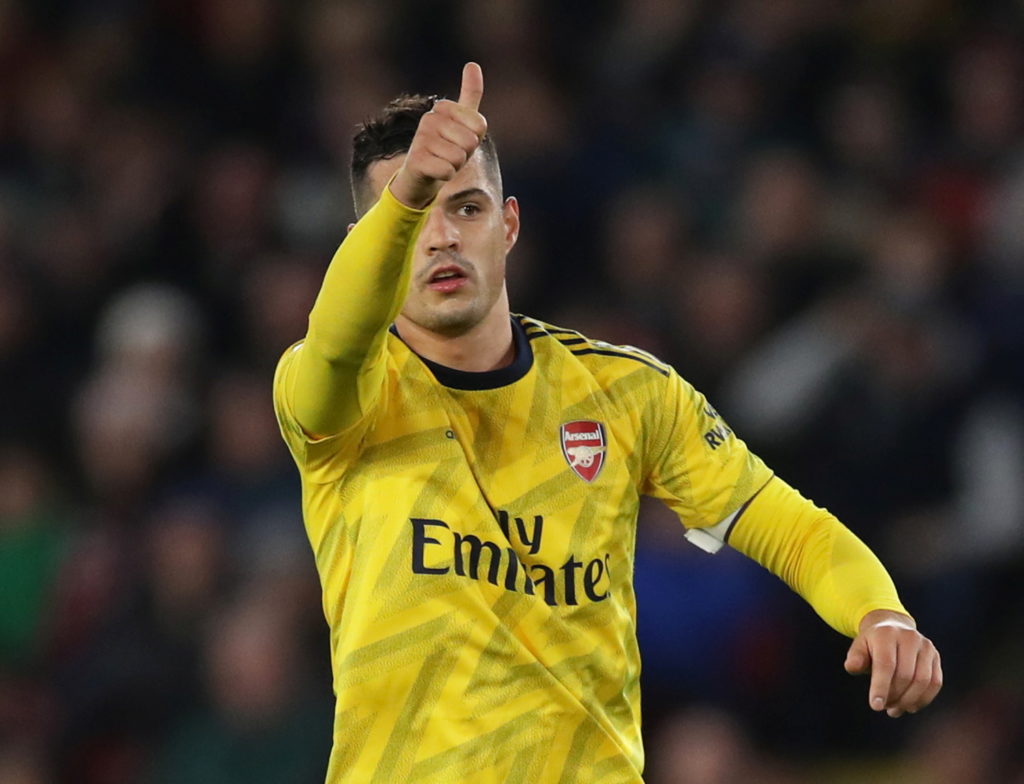 Mikel Arteta insists he wants Granit Xhaka to stay at Arsenal as the new boss bids to revamp the struggling Gunners.

Switzerland international Xhaka, who has been at the Emirates since May 2016, missed Sunday’s 2-1 home Premier League defeat to Chelsea.

Initial reports suggested he was left out of the squad as a January switch to Hertha Berlin appears to be edging closer.

However, former Manchester City assistant Arteta confirmed the 27-year-old midfielder, who is said to be a target for a host of European clubs, was absent due to illness and not because of an impending transfer.

“He played at Bournemouth, he played really well, he was very committed, he played a really good game,” he said. “After the game he started to feel ill. He had a temperature and he wasn’t feeling good. The last two days he was in bed. That’s why he wasn’t been selected.”

Arteta, who revealed he recommended Man City sign Xhaka when he first took a coaching role at the Etihad Stadium, also says he wants the Swiss ace to stay with the Gunners and be a part of his rebuilding process.

The midfielder’s relationship with supporters has deteriorated ever since he reacted angrily to being booed by Arsenal fans when substituted in the 2-2 draw against Crystal Palace on October 27.

Xhaka was stripped of the captaincy by then manager Unai Emery but the Basel-born star appears to have a second chance at Arsenal, if he wants to take it.

Reports in the media are also claiming Arteta wants the club to sign Juventus midfielder Adrien Rabiot, who has only made five Serie A starts since joining the Italian giants on a free transfer from Paris Saint-Germain in the summer.

However, any potential January arrival for the 24-year-old, who has been a divisive figure on both the domestic and international stage over the past couple of seasons, does not hinge on whether Arsenal sell or keep hold of Xhaka next month.