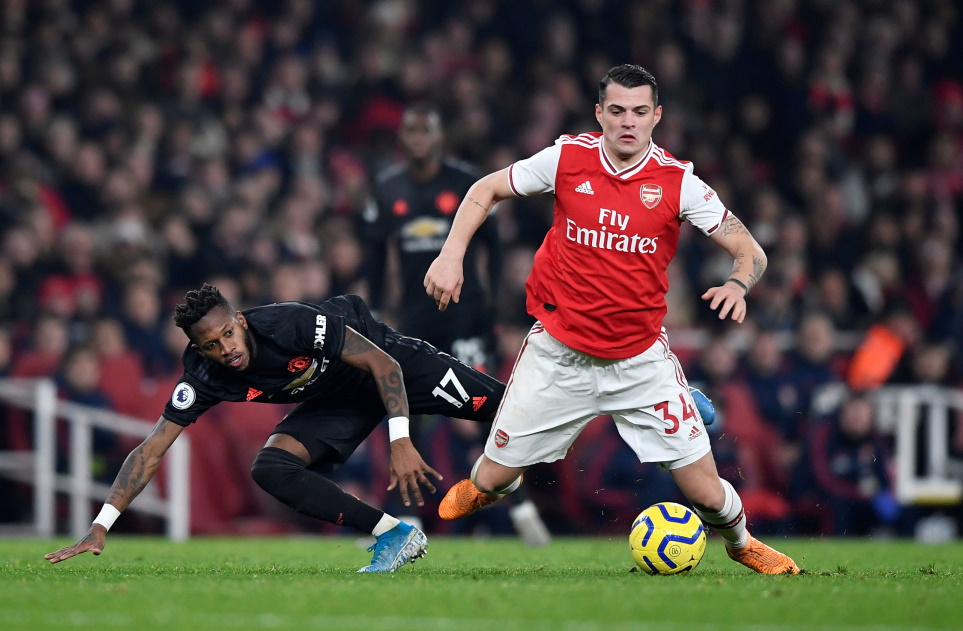 Arsenal head coach Mikel Arteta expects midfielder Granit Xhaka to remain at the club despite being linked with a move to Hertha Berlin.

The Swiss international impressed in the 2-0 Premier League win over Manchester United on Wednesday and earned plenty of applause from the Emirates crowd.

Little more than two months ago he was booed and became involved in an angry exchange with Arsenal fans after slowly walking off the pitch during the home clash with Crystal Palace.

Yet the arrival of Arteta has resulted in Xhaka enjoying an upturn in form and a new slate with the club.

Although Hertha Berlin are chasing his services, Arsenal’s new manager has received assurances the former captain will stay.

“I think he will stay,” Arteta said. “He was very good. I really like him. The way we want to play, if we get him on board he can be a tremendous player for the football club.

“It is everything – his commitment, I like the way he is, the way he lives, his professional(ism), and the way he trains. How focused he is every time I am talking, he is listening and willing to learn and he is a great football player.

Asked if Xhaka had told him he would not move away during this January transfer window, Arteta replied: “He did, yes.”

Former Everton midfielder Arteta is set to meet technical director Edu and Raul Sanllehi, head of football, on Thursday to discuss plans for this month including the return of young forward Eddie Nketiah from his loan with Leeds.

The 37-year-old will meet with the duo on the back of an excellent victory over United in which record signing Nicolas Pepe impressed with a goal after eight minutes before his corner led to Sokratis Papastathopoulos volleying home in the 43rd minute.

Arsenal’s dominance should have resulted in further goals, but the full time whistle blew with the Emirates faithful serenading their team following a positive display.