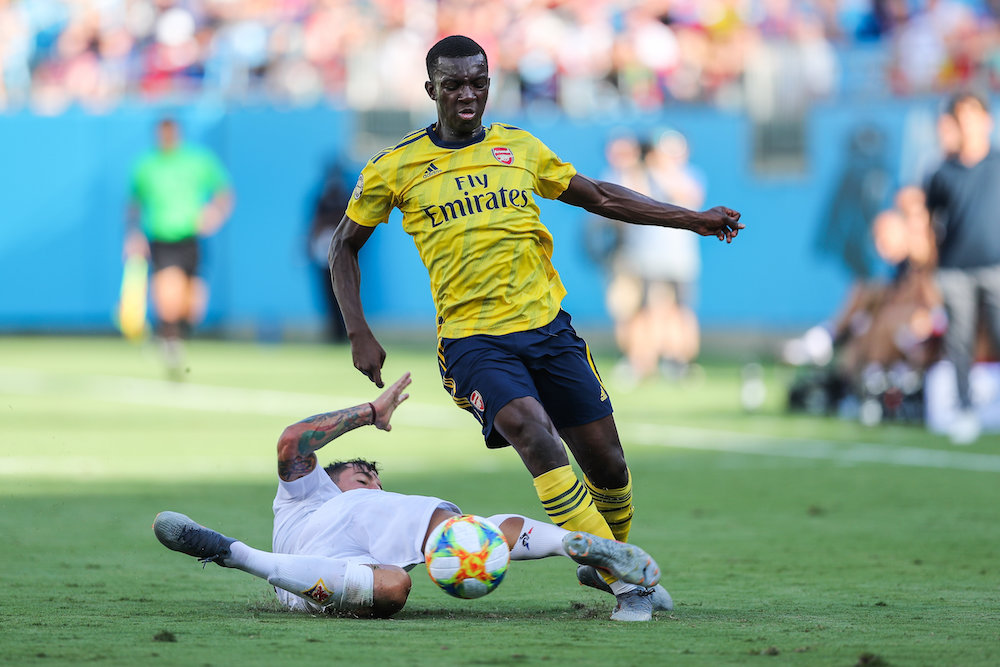 Arsenal look set to clear house this month with as many as 12 players expected to depart either permanently or on loan.

While many of the names on the list of likely departures are understandable, a few might raise eyebrows amongst the Emirates Stadium faithful given how well they have done for the Gunners, or elsewhere, this season.

With their chances of silverware or a top-four finish looking slim, this could be the season to develop some of the academy graduates and here are three players Mikel Arteta should keep around the first-team squad.

Let’s start with a player who Unai Emery agonised over when it came to sending him out on loan to Leeds United at the start of the season. The former Arsenal boss was known to be a big fan but decided it was best for the 20-year-old’s career to head north to work under Marcelo Bielsa.

While Nketiah looked sharp for the Whites, he couldn’t displace Patrick Bamford as the lone striker and Bielsa’s preference to play one up front meant bench duty for the Arsenal youngster. He still managed to score five goals in 19 appearances and would appear to have his pick of Championship teams after the Gunners cut short his stay in Leeds.

However, rather than go out on loan again, why shouldn’t Arteta keep Nketiah around? Arsenal are short of strikers and if something were to happen to Alexandre Lacazette or Pierre-Emerick Aubameyang, they’d be threadbare up front.

Arteta also likes to play one up top so Nketiah is unlikely to get too many chances if everyone stays healthy but his ability to nick a goal could prove vital down the finishing stretch.

Talk of another loan move for Smith Rowe, who spent the second half of last season warming the bench at RB Leipzig where he made three appearances, is understandable given the competition for places in his preferred position.

The 19-year-old finds himself behind the likes of Mesut Ozil, Nicolas Pepe, Dani Ceballos Reiss Nelson and Bukayo Saka in the first-team pecking order right now so his chances of action look scarce.

Maybe he’s worth another look if you’re Arteta though given he showed glimpses of his undoubted talent in his first Premier League start against Everton. Smith Rowe grew in confidence in that game and with more regular action – he’s only made 12 senior Arsenal appearances – he has the potential to be a difference-maker.

One of the surprise names reportedly available for loan is Willock, a player who has featured regularly this season, no matter who has been in charge. The 20-year-old has enjoyed a breakthrough campaign and has 25 appearances under his belt already.

However, Arteta’s sparing use of the English midfielder since he took over has lead to talk he could be allowed to move on temporarily. Surely it would be more worthwhile to give Willock more game than persist with Granit Xhaka, a man likely to leave at the end of the season.

With Lucas Torreira playing a deeper role in Arteta’s midfield, Willock should have more freedom to influence games from the middle of the park and express himself in ways we’ve only seen in brief glimpses.