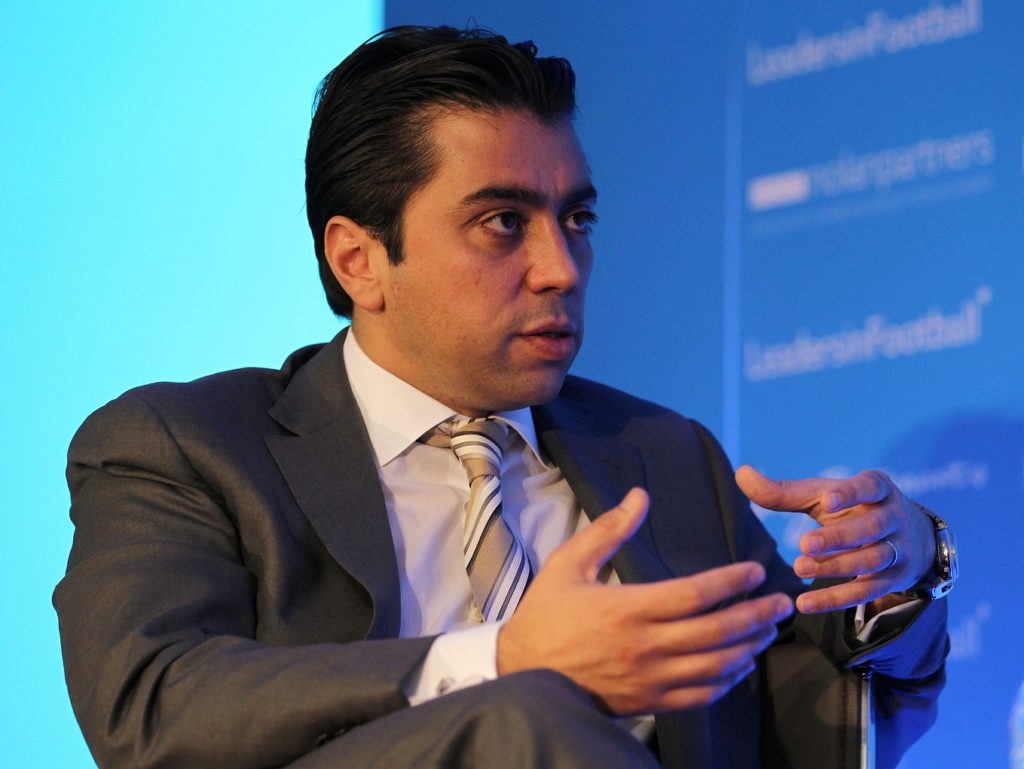 Kia Joorabchian is one of the most well-connected agents and transfer brokers in world football and he seems to be giving Arsenal a helping hand nowadays.

The Iranian-born, British-educated businessman is probably still best known in England for bringing Carlos Tevez and Javier Mascherano to West Ham in a deal which eventually cost the Hammers much more than they bargained for.

But he is a lifelong Gunners fan and, following the appointment of Edu Gaspar as the club’s director of football last year, seems to have a growing influence in the recruitment process at Emirates Stadium.

He represented Edu when he played for Arsenal and Corinthians, the Brazilian club where the 41-year-old cut his teeth as a football administrator.

Now he could be about to be behind two major Arsenal signings, with Paris Saint-Germain’s Layvin Kusazawa and Athletico Paranaense’s Bruno Guimaraes both linked to his Sport Invest UK company and potentially on their way to play in north London.

Kurzawa announced on Friday that he had changed agent recently, dropping former representative Moussa Sissoko in favour of Joorabchian’s company.

The news came as reports suggested the 27-year-old was about to become Mikel Arteta’s first signing.

Kurzawa could turn out to be a good addition to the Gunners squad although PSG fans will not be sad to see the back of him after several years of injury-interrupted service at the Parc des Princes.

Arsenal need a left-back and he will provide competition for Sead Kolasinac and Kieran Tierney in the short term.

And Joorabchian doesn’t appear to be finished there as, having pushed another of his clients, David Luiz, to Arsenal in a shock £8million summer 2019 transfer, he is now understood to be brokering a potential swoop for talented Brazilian Bruno Guimaraes.

The 22-year-old’s quality is not in doubt and Arsenal are vying with Benfica for the Athletico Paranaense midfielder’s signature.

The Portuguese league leaders have seen a 20m euros bid with 5m worth of add-ons refused by Athletico, who are understood to be asking for 25m euros down and 5m more in achievable clauses.

Goal Brazil report that Edu held a meeting with Guimaraes’ representatives, who joined forces with Joorabchian’s company last year, on Friday and that negotiations are ongoing.

It could go right  to the wire on transfer deadline day or possibly could be a deal that gets shelved until the summer when Arteta can properly assess his newly-inherited squad and determine where the money should be spent.