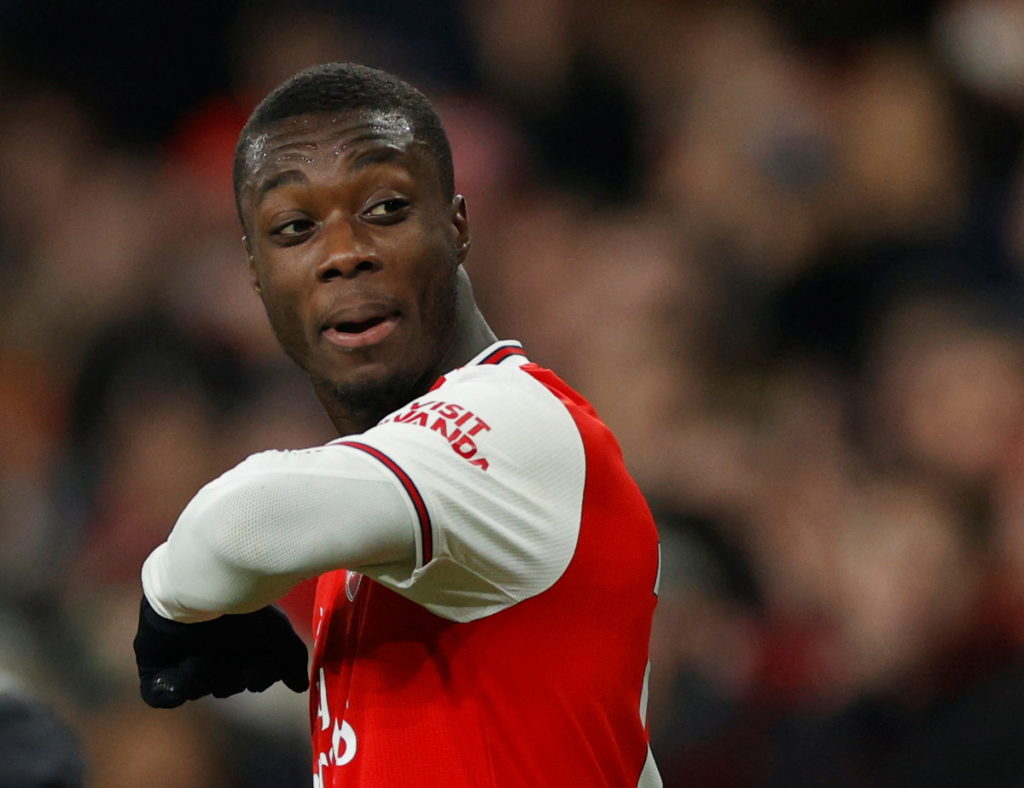 Nicolas Pepe has vowed to improve his goalscoring record for Arsenal.

Arsenal are without top scorer Pierre-Emerick Aubameyang for the next three games after he was shown a straight red card after VAR intervention in the draw at Crystal Palace last time out.

Pepe joined the Gunners in a club-record £72million deal from Lille in the summer after he managed 22 goals in 38 Ligue 1 games for the French club last term.

The Ivory Coast international has been unable to match those scoring exploits in the Premier League, with just three in 19 appearances, but Pepe is convinced the goals will come.

Arsenal entertain Sheffield United on Saturday and earlier in the season Pepe missed a sitter against the Blades. The game was 0-0 at the time and Arsenal went on to fall to a 1-0 defeat at Bramall Lane.

Pepe says he has moved on from that mistake and hopes he can get back among the goals in the weeks ahead as he has failed to score in Arsenal’s last two matches after grabbing a goal in the 2-0 win over Manchester United at the start of the month.

“I missed a very good chance when we played them [Sheffield United] earlier in the season but I’ve managed to score other opportunities that I’ve had,” he told Sky Sports.

“It’s not something I’ve thought about since then – on the day it was a chance that would’ve given us a 1-0 lead, but I’ve put it to the back of my mind.

“All players miss opportunities but I know the goals will come – that’s part of football. I’m ready to put it right in the match on Saturday.”

Pepe could benefit from Aubameyang’s absence over the next few weeks as the other Arsenal attackers will have extra responsibility to get into scoring positions.

Last season at Lille he averaged 3.1 shots per game but this term that stat is down to 1.8, possibly because he is being used in more of a supporting role when Aubameyang is on the pitch.