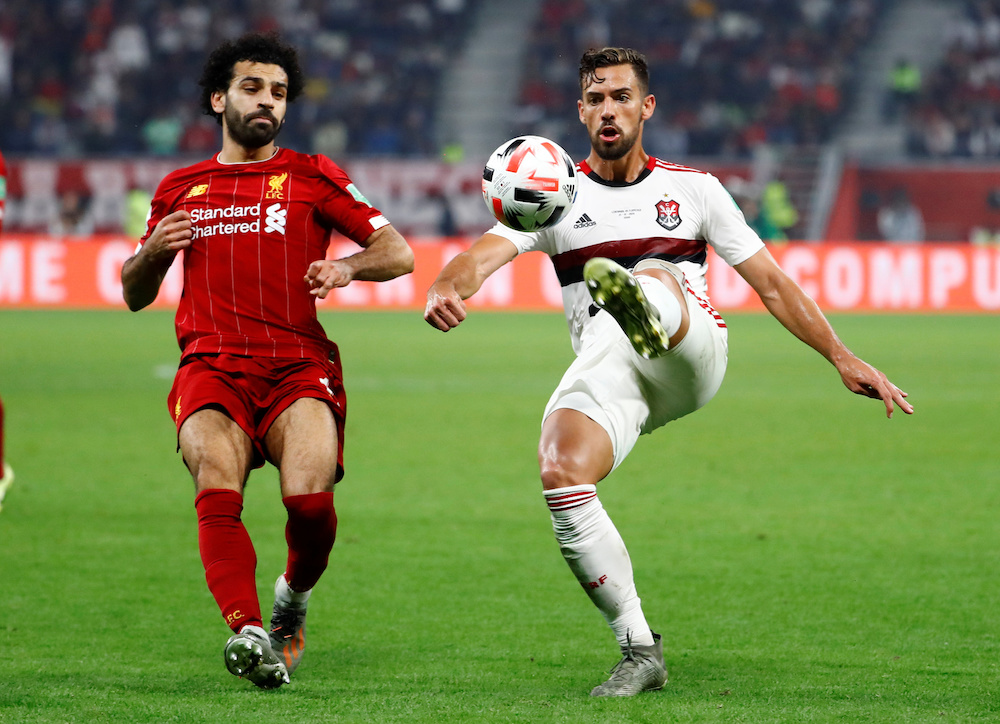 Flamengo defender Pablo Mari is reportedly on the verge of completing a loan move to Arsenal after jetting in from Brazil for a medical.

The Gunners have been on the lookout for defensive reinforcements since Calum Chambers suffered a season-ending knee injury in the 2-1 loss to Chelsea in December.

The north Londoners are also keen to use the error-prone Shkodran Mustafi less and have been linked with a host of names.

Bayern Munich defender Jerome Boateng was previously mentioned as a possible target, while Shakhtar Donetsk star Mykola Matviyenko has been heavily linked with a move this week.

However, it looks as though the club have opted for Flamengo’s Mari, who was spotted with Arsenal’s sporting director Edu at an airport in Rio de Janeiro on Friday night.

ICYMI: Edu was spotted with Pablo Mari at the Airport last night. They are most likely on BA248 flight which is due to land in the UK around 12pm. pic.twitter.com/B3NamDiEiA

Reports in Brazil suggest Mari is on his way to England to put the finishing touches to a deal, which will initially see the 26-year-old join on loan with a view to a permanent £8million switch come the summer.

The Spaniard is understood to have bid farewell to his team mates in Brazil and will now return to England having previously been on the books of Manchester City.

Mari spent three years as a City player but never made a first-team appearance, instead spending the majority of his time out loan at the likes of Deportivo la Coruna and Girona in Spain and in the Netherlands with NAC.

He joined Flamengo on a permanent basis last July and helped the club win both the Serie A title in Brazil and the Copa Libertadores.

Mari recently impressed in the Club World Cup final against Liverpool and Arteta is understood to have pushed for the Gunners to go after him having worked with the 6ft 3in defender at City.

Edu’s Brazilian connections appear to have helped the deal come together quickly and Arsenal are hopeful of finalising the move by the end of the weekend.

Whether Mari is the only defensive signing the north Londoners make this month remains to be seen with William Saliba due to join up with the Gunners at the end of the season, having been signed and then loaned back to St Etienne last summer.