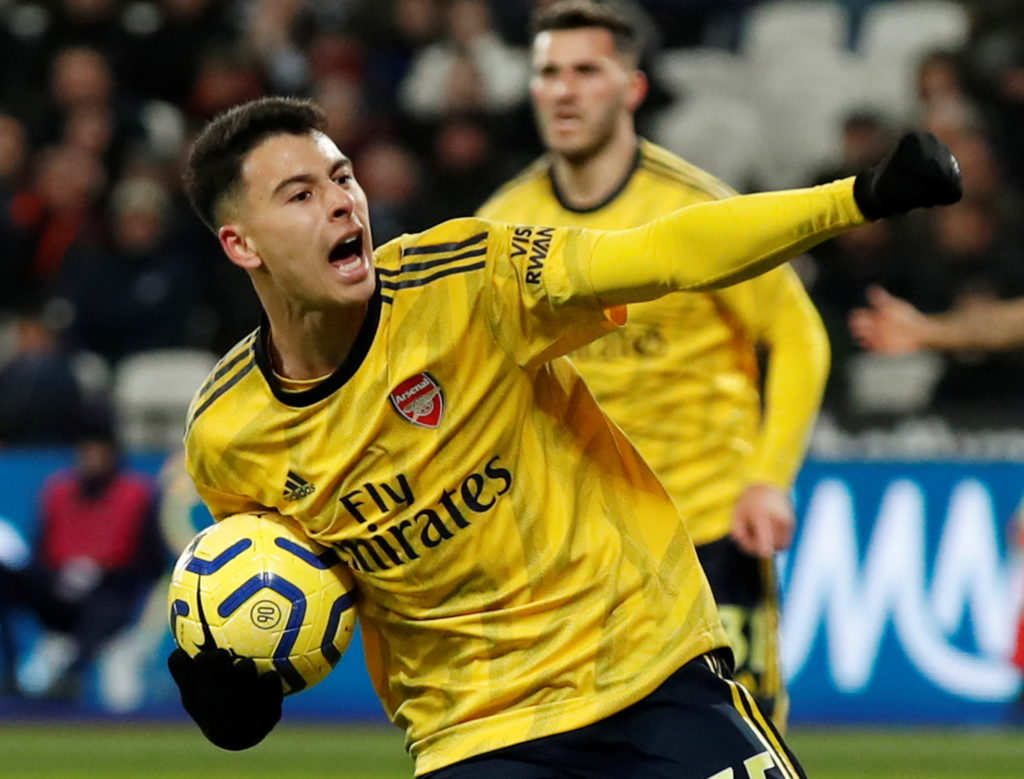 Mikel Arteta is eager for Arsenal attacker Gabriel Martinelli to not be put under too much unnecessary pressure during his development at the club.

The 18-year-old scored in the 2-2 draw at Chelsea on Tuesday, racing clear from inside his own half before showing great composure to find the back of the net.

It was Martinelli’s 10th goal of the campaign and made him the first teenager to reach double figures in a season for Arsenal since former France international Nicolas Anelka.

After signing from Ituano in the summer, there was little expectation on the forward, but he has emerged as a real plus point and recently filled the void of the suspended Pierre-Emerick Aubameyang by netting in the Gunners last two matches.

“I would like to talk about potential, more than what it is at the moment because for him there is still a long way,” Arteta said. “The stature of this club, to give him the key to do that straight away is not fair on him. We have to bring him down.

“I want him to train with his head down every day hard and slowly he will start to earn the praise if he does what he needs to do every day, but it is not about one or two days.”

Head coach Arteta admitted he was surprised by how prepared Martinelli was to compete in the first-team when he first took over last month.

The Spaniard had been told plenty of positive traits about his fighting spirit and quality in front of goal, which quickly were rubber-stamped and the teen is expected to start again in the FA Cup at Bournemouth on Monday.

Arteta added: “I heard a lot of things about Gabi before I joined and the moment I saw (him) in training, it was confirmed the things I was told before.”