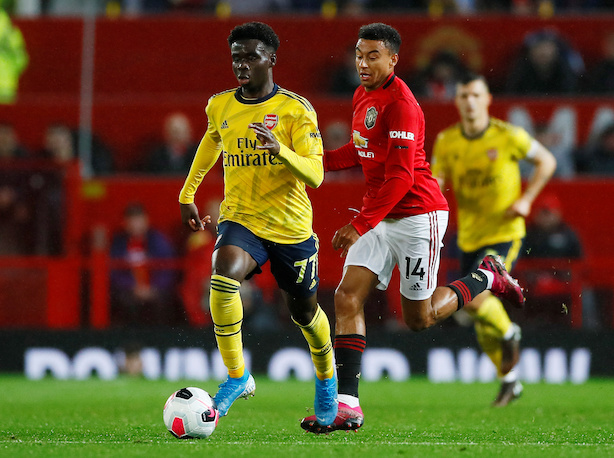 Bukayo Saka has backed Mikel Arteta to restore the "Arsenal passing way" and bring back the style of football that supporters have been used to over the years.

England Under-19 international Saka impressed again in Monday’s 2-1 FA Cup fourth-round win at relegation-threatened Bournemouth, firing a fine goal from his makeshift left-back role past goalkeeper Mark Travers, who had no chance of saving the strike at his near post.

The 18-year-old, who was handed his Premier League debut by former manager Unai Emery at the end of the 2018/19 campaign, also laid on Eddie Nketiah’s tap-in to cap a fluent Gunners move and ensure the club progressed into the fifth round of the competition.

Arsenal, who are 10th in the league and four points behind fifth-placed Manchester United, will take on Portsmouth for a place in the quarter-finals of the FA Cup with the tie set to be played in midweek during the week commencing Monday, March 2.

Saka’s stock is rising quickly this season and he was full of praise for Spanish manager Arteta after the win at the Vitality Stadium.

“Mikel’s trying to bring back the philosophy, the Arsenal passing way and I feel like we played really good football in the first half,” he said. “We played some good bits of football and the goal obviously was very good.”

Arsenal boss Arteta hailed Saka for grafting hard to grasp the extra defensive responsibility required to thrive at left-back, saying:  “What I like is that he’s put his head down, it’s not his favourite position to play, but we try to adapt him with his qualities to play him as much as possible in the position that he likes.”

Saka is expected to retain his left-back position when the Gunners return to top-flight action on Sunday – especially after the injury to defender Shkodran Mustafi on Monday night – when they make the trip to Turf Moor to take on Burnley, who have won their last two Premier League games and have moved seven points clear of the relegation zone.