Pragmatic Arsenal have learnt their lessons with Cedric swoop 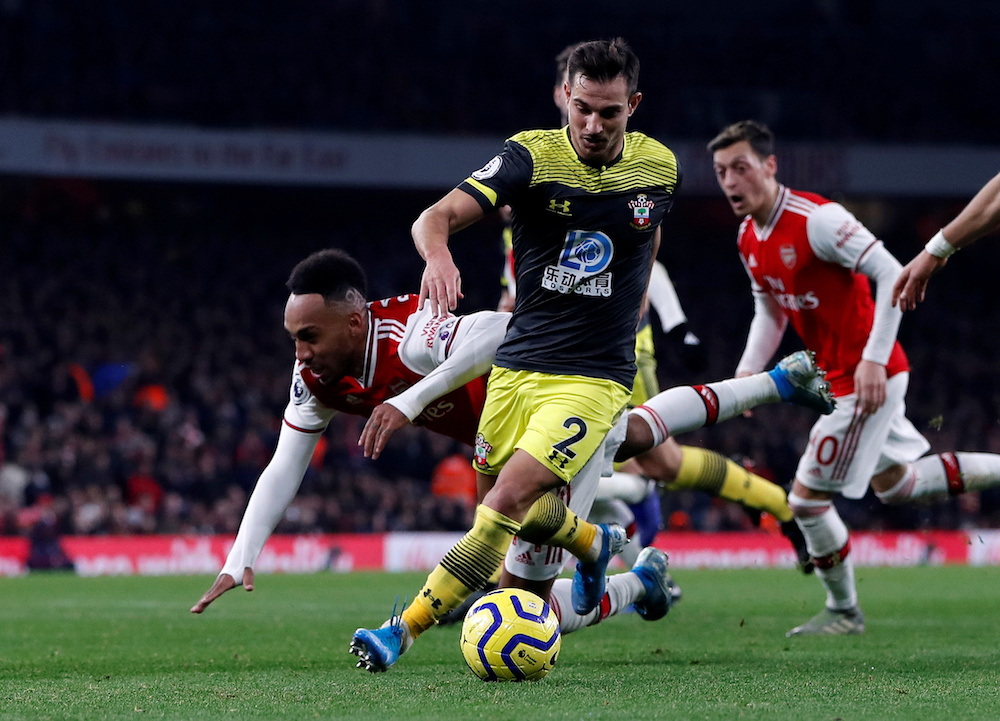 The news that Cedric Soares has joined Arsenal on loan is unlikely to get the pulses racing but maybe shows the club has learned from previous January mistakes.

The Gunners look to have wrapped up their transfer business for the month, according to various reports, with the addition of Cedric the final move.

The Portugal international has joined on loan for the rest of the season from Southampton, costing Arsenal a reported £5million in loan fees.

The 28-year-old will be a free agent come the summer having made it clear he wants to move on from the Saints after five years at the club and Arsenal will have the jump on other sides when it comes to a long-term deal, depending on his performances for the remainder of the campaign.

💬 “What is it about Arsenal that’s special to you?”

Cedric is just the second new face added to Mikel Arteta’s squad this month, despite a poor season so far, with the club having completed a loan deal for Flamengo centre-back Pablo Mari earlier in the week.

Both are expected to provide cover in defence with Arteta’s options at the back having been badly affected by injuries this season.

While the deals for Mari and Cedric made plenty of sense from a playing standpoint, they also perhaps give an indication that Arsenal are now a better run club behind the scenes as well.

This time two years ago, the Gunners found themselves in the midst of a crisis with both Alexis Sanchez and Mesut Ozil entering the final six months of their contracts.

Sanchez had made it obvious he wanted to leave, while Ozil was holding out for a deal that would smash Arsenal’s wage structure to pieces. Eventually, both got their way.

In a desperation move amid fears of losing their top player for nothing that summer, Arsenal put together a swap deal with Manchester United involving Sanchez and Henrikh Mkhitaryan.

At the same time, they handed Ozil a new deal worth a reported £350,000-per-week. Both moves would have serious, long-term ramifications.

Not only would Mkhitaryan flop at the Emirates Stadium, resulting in him being sent out on loan to Roma last summer but Ozil has done little to justify being the best-paid player at the club since putting pen to paper.

Ozil’s mega deal lead to Aaron Ramsey asking for improved terms which the club couldn’t afford, eventually leading to the Welsh midfielder – arguably a bigger influence on the team than the German – leaving on a free to join Juventus last summer.

Arsenal saved the 2018 January transfer window from being a complete disaster by landing Pierre-Emerick Aubameyang from Borussia Dortmund, the current Gunners captain proving to be a huge hit, scoring 57 goals in 91 games.

But even that deal for Aubameyang, which cost close to £60million, might have prevented Arsenal improving other areas of the team.

There was no joined-up thinking two years ago, whereas now, with technical director Edu having had six months in the job and Arteta getting to grips with the squad, there appears to be a firmer hand on the tiller.

There is still the odd scare with a move for Paris Saint-Germain left-back Layvin Kurzawa, who has done nothing since moving to the French capital in 2015, strongly mooted, only for Arteta to flex his muscles and veto the move.

Organised clubs do all their business in the summer, with January moves only needed when injuries occur. A look at Liverpool and Manchester City, the two best teams in the country, should tell supporters all they need to know about how a club should be run.

Arsenal have some catching up to do but Cedric and Mari are at least a step in the right direction.