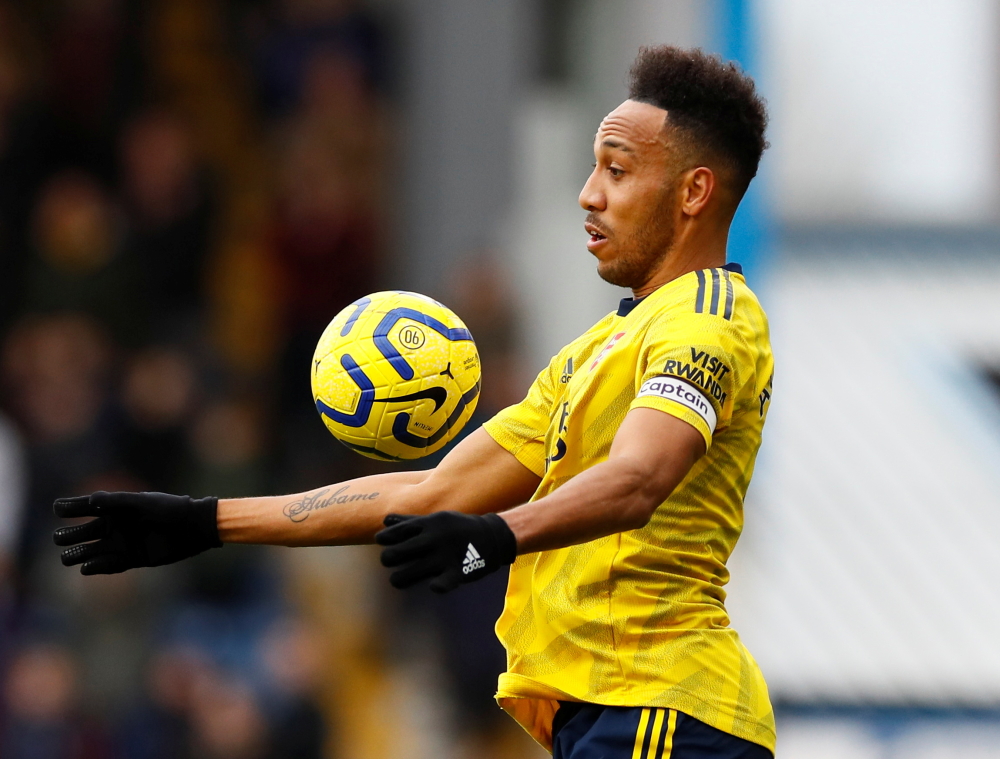 Arsenal to Barcelona is a well-trodden path in the world of football and Pierre-Emerick Aubameyang could be the latest player to set out on this journey.

The Spanish club have made a habit of unsettling the Gunners’ prized assets before picking them up in a subsequent transfer window – and that campaign appears well underway when it comes to Aubameyang.

Rumours emerged in January that the Nou Camp outfit were keen on Arsenal’s top-scorer and, while a deal mid-season was always highly unlikely, Barca have proven in the past they are happy to play the long game.

Barcelona sporting director Eric Abidal’s admission that the reigning La Liga champions are planning to bring in a striker this summer, coupled with mentioning Aubameyang by name in the same sentence, should set alarm bells ringing at the Emirates Stadium.

The Gabon international has less than 18 months left on his current contract in north London and talks over an extension appear non-existent at this stage.

With a new deal not currently on the table and Barcelona chasing him, it feels like a case of history repeating itself at Arsenal as they face up to seeing yet another member of their team depart for Catalonia.

The best example of Barca luring away a key figure from Arsenal is their capture of Thierry Henry in 2007.

The World Cup winner turned down Barcelona the summer after they beat the Gunners in the Champions League final.

He would eventually force through a move 12 months later amid concerns about the diminishing prowess of the Londoners following their costly move to the Emirates Stadium.

Arsenal had only signed him to a new four-year contract the previous summer but begrudgingly allowed their all-time leading goalscorer to leave for just £16.1million, even at that time a bargain price.

He’d go on to have great success at the Nou Camp and his exit closed the chapter on the ‘Invincibles’ era at Arsenal.

Others who felt they had outgrown the Gunners and couldn’t resist the chance to move to Barcelona include Cesc Fabregas, the poster boy at the Emirates Stadium when he did depart in the summer of 2011.

The Spanish midfielder grew up a Barca fan and had been relatively loyal to Arsenal, nonetheless his exit massively hurt the club

Emmanuel Petit and Marc Overmars couldn’t resist the lure of sunny Spain either when they both left Arsenal in the summer of 2000, while Thomas Vermaelen, Alexander Hleb and Alex Song all thought the grass was greener on the other side when they jumped ship to Barcelona.

The levels of success enjoyed by Vermaelen, Song and Hleb is questionable, with the latter admitting it had been a mistake to leave Arsenal.

Aubameyang’s quality in front of goal means he’s unlikely to have the same issues as that trio and the chance to play as Barca’s No.9 in the same frontline as Lionel Messi could be too good an opportunity to turn down for last season’s Premier League Golden Boot recipient.

So what can Arsenal do to keep Aubameyang? History would suggest not a lot and that the best outcome for them is to sign him to a new deal in order to maximise the 30-year-old’s value.