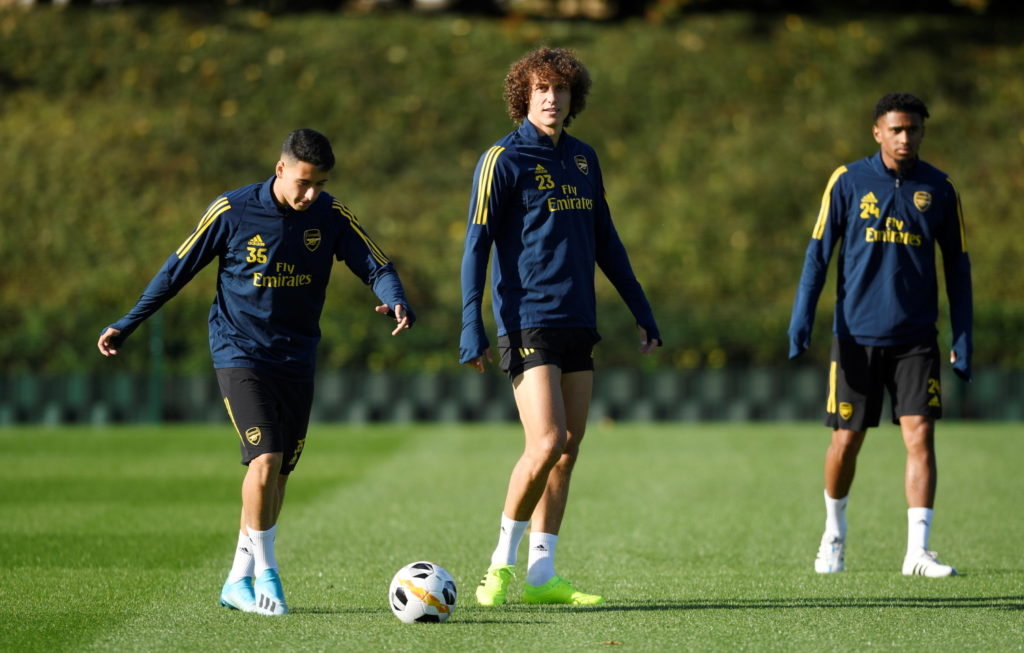 David Luiz is confident Arsenal can end the 2019/20 campaign on a high by adding at least one trophy to their collection.

Brazil international Luiz was a surprise arrival at the Emirates last summer, joining from Chelsea in an £8million deal, but there was the hope his experience could help the Gunners mount a title challenge.

During his stint with Paris Saint-Germain from 2014-16, the centre-back won seven trophies and he was hoping to enjoy that feeling when making the switch to Arsenal.

However, instead of moving forward, the Gunners have regressed, and Unai Emery paid the ultimate price for a poor first half of the 2019/20 campaign, when he was sacked on November 29 and replaced by Mikel Arteta.

The new man at the helm has found life tough to begin with but Arsenal still have the chance to end the season with two pieces of silverware, having made the fifth round of the FA Cup and the last-32 stage of the Europa League.

Luiz, who has started 22 Premier League games this term, is keeping the faith as the season enters the final four months and he is adamant the north London outfit can enjoy a positive end to the campaign.

“We have the opportunity in the Europa League and the FA Cup, and then we want to fight until the end for the top four,” he told the club’s official website. “We want to start to create an identity for this club.

“Everybody’s going to understand that it’s going to be hard to play against us. After all, if you don’t believe, you will never achieve anything in your life.”

Arsenal, who are sitting 10th in the Premier League and 10 points adrift of Chelsea in fourth, return to action on February 16 when they play host to Newcastle United.