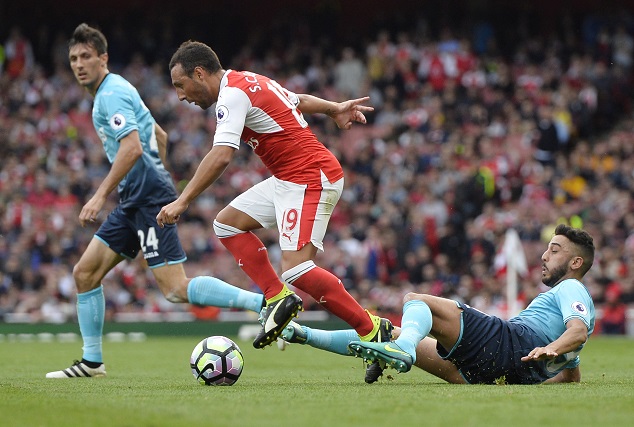 Former Arsenal midfielder Santi Cazorla says he would like to return to the Emirates one day to say farewell to the club's fans.

Following a successful six-year period during which he lifted the FA Cup three times and won Arsenal’s Player of the Year award in 2013, he left the club on a free transfer in 2018.

His last two years at the Emirates were blighted by a serious ankle injury and subsequent complications.

He contracted gangrene on the affected area, which was effectively “eating” away at his ankle tendon, and doctors thought he may never be able to walk again.

Cazorla made a low-key departure from Arsenal, having not played for the club since a 6-0 Champions League win against Ludogorets in October 2016.

Since then, the 35-year-old has made an astonishing comeback with Villarreal after joining them on his Arsenal departure.

He scored seven goals in 46 appearances across all competitions for the Yellow Submarine last season and has bettered that record this season after 12 in 25.

Such form earned him a recall to the Spain squad in June 2019, playing in their 4-1 Euro 2020 qualifier win against the Faroe Islands.

Reflecting on his time at Arsenal, Cazorla admits he would love to head back to north London in some capacity and says he owes the fans.

“It was frustrating to not be able to say goodbye to a club who treated me so well,” he told BBC Sport. “It is something left in my career to say goodbye properly. I am eternally grateful to the club and the fans for the way they continue to treat me.”

Reports have suggested he could become part of former team-mate and current Arsenal boss Mikel Arteta’s coaching staff when he hangs up his boots.

However, Cazorla has rebuffed the speculation and admits a role upstairs would more tempting than one on the training ground.

“If I’m honest, I don’t know if I will coach,” he added. “I am undecided what I want to do when I retire. Being a sporting director appeals to me more than coaching, but I want to be involved in the game, whatever feels right for me at the time.”