Arsenal must convince star to sign up says Arteta 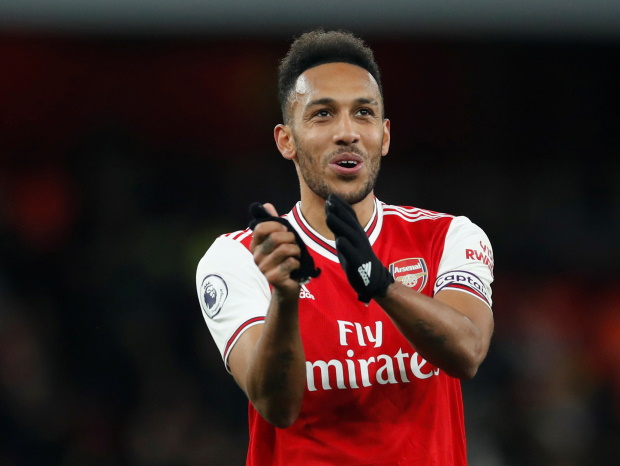 Mikel Arteta saluted the ‘superb’ Pierre-Emerick Aubameyang and says Arsenal must do everything in their power to keep hold of the strike ace.

And despite speculation linking him with the like of Barcelona, the Gunners boss believes Aubameyang will be an Arsenal player beyond the summer after the forward’s latest goalscoring exploits.

The 30-year-old bagged a brace on Sunday as the Gunners recovered from conceding after 49 seconds to beat Everton 3-2 in a thrilling Premier League clash.

Eddie Nketiah cancelled out Dominic Calvert-Lewin’s acrobatic early opener before Aubameyang struck either side of Richarlison’s equaliser to give the Gunners a third straight win in all competitions.

Aubameyang, who tops this season’s Premier League goalscoring charts alongside Jamie Vardy with 17, is out of contract at the end of next season and has been linked with other clubs.

“They are completely right to want him because he is a superb player,” Arteta said. “He completely deserves to be liked by all the other teams. Hopefully we can convince him that this is the right place for him and that he has a future here.

“I’m so happy with him. Obviously because he’s scoring very important goals for us, but as well as a captain, he’s a great example to everyone else.”

Arsenal look set to miss out on the Champions League this season which could be an issue for the player, while he also has to be convinced that the Gunners have what it takes to challenge for honours moving forward.

But Arteta believes he is enjoying stepping out on the pitch for Arsenal at the moment, and that could also convince him to stay.

Even so Arsenal’s resolve looks sure to be tested during the close season as the likes of Barca come calling, and Aubameyang will need to put pen-to-paper as soon as possible to put an end to all the rumours.