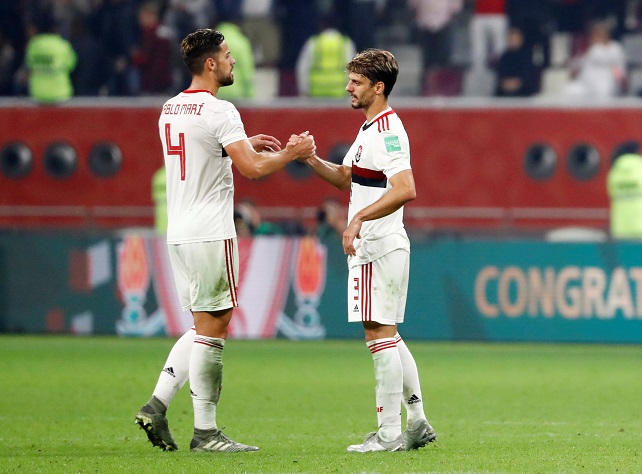 Mikel Arteta says Pablo Mari is available to make his debut for the club following his January loan switch from Flamengo.

The Spanish centre-back joined the Gunners on loan from the Brazilian club in January but has yet to make his first-team bow at the Emirates Stadium.

Mari, who won the Copa Libertadores with his parent club in 2019, has been working on his fitness in preparation for his reintroduction to English football.

The 26-year-old formerly represented Manchester City for three years between 2016 and 2019 but never made an appearance under Pep Guardiola.

He has been working with Arsenal’s under-23 side in a bid to maintain fitness but now might be called upon for a first-team game.

Arsenal have not had a Premier League game this weekend as they were due to play City, who are occupied in the final of the Carabao Cup against Aston Villa.

Hence, they play their FA Cup fifth-round tie, all of which are being played in midweek, away at Portsmouth on Monday night.

Mari could be one of a number of fringe players to be given minutes at Fratton Park.

He, Rob Holding, Ainsley Maitland-Niles, and Reiss Nelson all played 45 minutes of football against Manchester City’s Under-23’s on Friday night as they look to get up to speed.

And, Arteta says Mari and the others are ready to play now after that workout.

Asked about Mari’s potential involvement, the Gunners boss said: “Yes, I think he (Mari) need minutes, like Rob did, like Ainsley and like Reiss as well.

“I think it was a good game for them to get their fitness levels tested as well and they trained today really well. They are all, I think, ready to play.”

Mari was contracted at the Etihad Stadium for three years but spent all his time out on loan.

He had spells in Spain with Girona and Deportivo La Coruna either side of a season in Holland with NAC Breda.