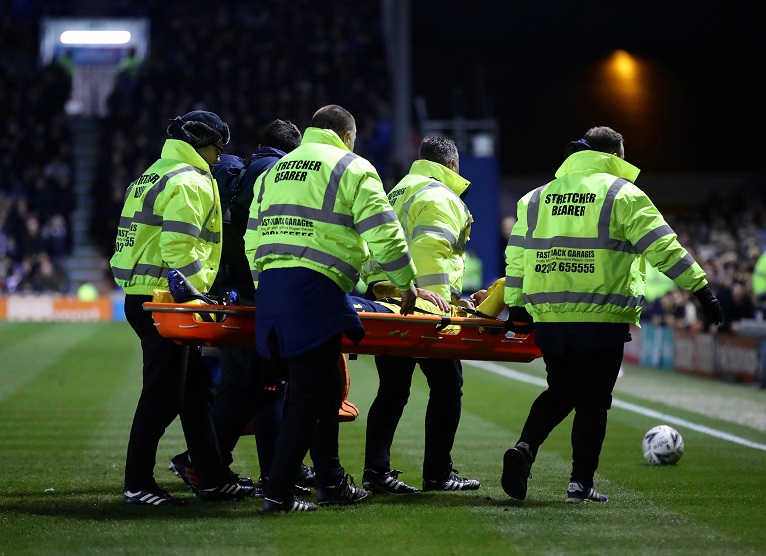 Uruguay international Torreira, who joined Arsenal in July 2018, had to be stretchered off just 16 minutes into the 2-0 victory at Fratton Park after a challenge by Portsmouth defender James Bolton and he was later filmed leaving the stadium on crutches, sparking concerns about the severity of the problem.

It was hoped the club were just being overly cautious with the midfielder, who has made 24 Premier League appearances this season, but the update from the Gunners on Thursday is not what supporters would have wanted to hear.

Arsenal have confirmed the 24-year-old, who was replaced by Dani Ceballos in the cup tie, has fractured his ankle and he will now be sent to a specialist to get a more definite timescale on how long he will be out of action for.

With Mikel Arteta’s men having just 11 league games to go in the campaign, it is thought Torreira may have played his last game this term and will instead be focusing on getting himself back to full fitness for pre-season training.

The Uruguayan’s injury is a further blow to Arsenal, who already have Sead Kolasinac out with a shoulder injury, while January arrival Cedric Soares, who is yet to make his debut for the Gunners, requires another week before being able to return to full training.

However, left-back Kieran Tierney, who arrived from Celtic last summer, is back in full training having dislocated his shoulder in December and he will be hoping to play some part from now until the end of the campaign.

Arsenal, who were knocked out of the Europa League by Olympiakos last month, return to Premier League action on Saturday when they play host to relegation-threatened West Ham United, who did beat Southampton 3-1 last time out but are only out of the bottom three on goal difference.