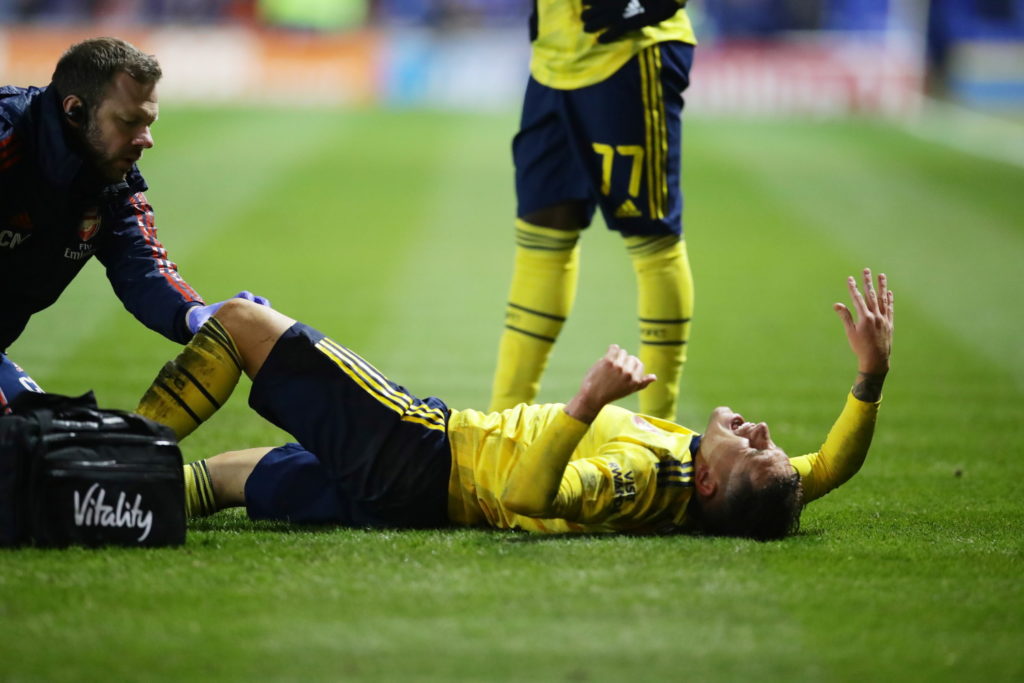 Arsenal have confirmed Lucas Torreira is unlikely to play again this season after suffering a fractured ankle.

Torriera sustained the injury as Arsenal beat Portsmouth 2-0 to advance to the quarter-finals of the FA Cup last Monday.

The Uruguayan was making his first competitive start since the 2-2 draw with Chelsea on January 21, but his evening ended prematurely at Fratton Park.

After receiving treatment on the field following a challenge from defender James Bolton, Torreira was stretchered off with just 16 minutes on the clock.

Referee Mike Dean deemed the tackle to be fair and took no further action, with Mikel Arteta forced to turn to Dani Ceballos.

Arsenal prevailed from their trip to the south coast courtesy of goals from Sokratis and Eddie Nketiah to set up a last-eight tie with Sheffield United on March 21.

The 24-year-old Torreira was spotted leaving Fratton Park on crutches and Arsenal confirmed late last week that he had suffered a fracture, but refused to put a timescale on his return.

Torreira has since met with a specialist and Arsenal have revealed the former Sampdoria man will miss the rest of the season.

A statement on the club website said: “[Torreira] sustained fracture to right ankle during Portsmouth (a) on March 2. Still receiving continual assessments. Recovery process expected to take between eight to 10 weeks.”

The latest update suggests Torreira won’t be seen again in an Arsenal shirt this season and it’s uncertain if he will feature for the club again.

Arteta has shown a preference for naming Granit Xhaka and Ceballos in his staring XI, with Matteo Guenzdouzi also getting a look-in.

Reports have claimed Torreira could move on after failing to adapt to life in England following his move from Sampdoria for a reported £26million in the summer of 2018.