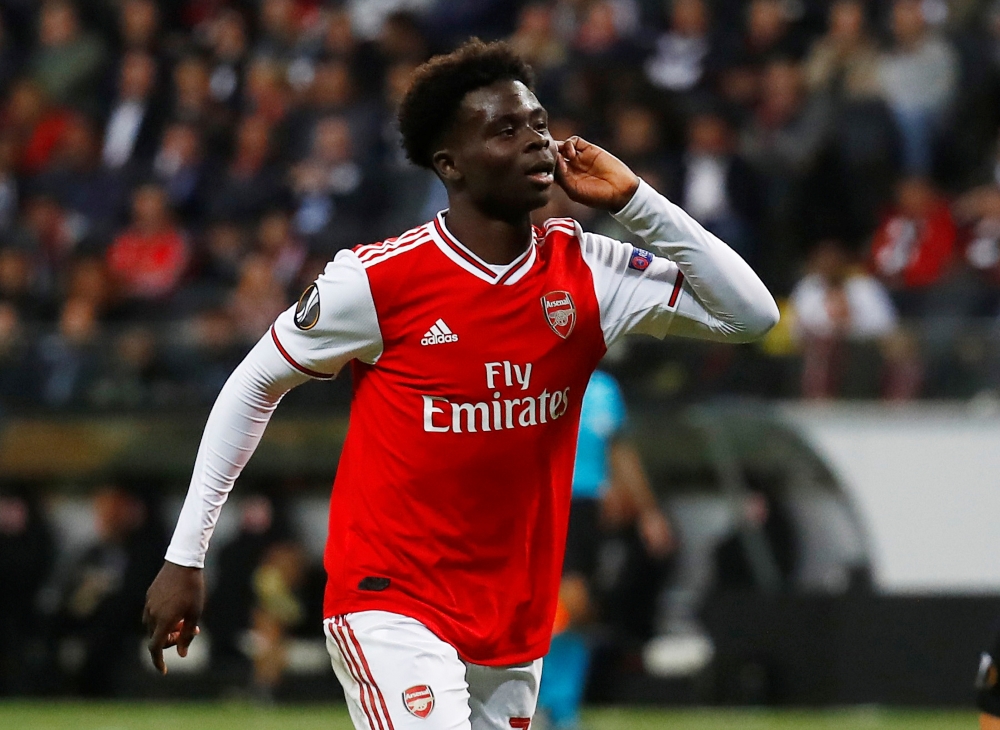 Saka has earned rave reviews for his performances with Arsenal this season but the club risk losing him if they can’t tie the versatile player down to a new deal.

The 18-year-old is set to be out of contract in the summer of 2021 and reports claim several clubs are interested in snapping him up.

It’s hardly surprising when considering his exploits in the top-flight over the course of the 2019-20 campaign.

He is a graduate of Arsenal’s academy, having turned out for the club as a left-sided forward with the under-18s and under-23s, however, Unai Emery deployed him as a left wing-back due to injury issues with the likes of Sead Kolasinac and Kieran Tierney.

Arteta has continued to utilise Saka in that role, as well as in a more traditional left-back slot, and the teenager has thrived.

With 18 Premier League appearances under his belt this term, starting on 12 occasions, and a further 11 outings across all competitions, Saka, who has scored three times and provided nine assists, has proven he is ready for regular first team football.

Bukayo Saka has played 1,176 minutes in the Premier League this season.

The only teenager to play more is Max Aarons (1,710) [@ScoutedFtbl] pic.twitter.com/e2WswVylsf

It’s not clear whether he will continue to play in a defensive berth when Kolasinac and Tierney come back into the fold, but Arteta recognises they need to ensure he stays put and says the club are working on a new deal.

“The club is doing what it has to do and is having conversations, [and hopefully] we’ll get it resolved,” Arteta said.

His rise to the first team ranks has also led to calls from some sections of the Arsenal faithful to see Saka in an England shirt.

Saka has represented the Three Lions through the age groups but is unlikely to force his way into Gareth Southgate’s plans anytime soon.

He is also eligible to represent Nigeria and Arteta insists he will support the player whatever decision he makes over his international allegiance.

Arteta added: “It is up to the England manager to discuss whether he is ready to do that and what is he going to do with his squad. Whatever he decides we will support the idea and the player.”