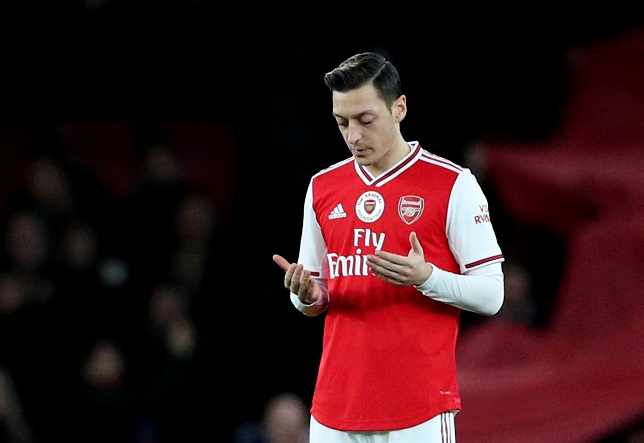 Arsenal star Mesut Ozil has backed the Premier League's decision to suspend all top-flight matches until April 3 at the earliest.

The Premier League held an emergency meeting on Friday morning after it was confirmed Arsenal boss Mikel Arteta had tested positive for the coronavirus, with the entire first-team squad at the Emirates Stadium now serving a period of self-isolation.

The decision was made to suspend all matches for the next two weeks, with Arsenal’s league game against Brighton, as well as their FA Cup quarter-final tie with Sheffield United, called off as a result.

“The FA, Premier League, EFL and Barclays FA Women’s Super League and FA Women’s Championship have collectively agreed to postpone the professional game in England until 3 April at the earliest,” a Premier League statement confirmed.

Ozil has now become the first Arsenal player to react to the news and he has backed the decision to suspend playing, as people’s health must be the main priority at this time.

“Football does not matter right now,” Ozil wrote on Twitter. “The health and well-being of everyone is far more important than everything else.

“Guys, take all the precautions you can – be mindful and considerate of everyone, especially those who are at high risk.”

Arteta had earlier released a statement of his own confirming he was disappointed to have contracted the virus although he is hopeful he will be able to return to work as soon as possible.

Arsenal currently sit ninth in the Premier League, eight points adrift of fourth-placed Chelsea, but they do have a game in hand on their London rivals.

The Gunners’ next scheduled match is due to take place on April 4 when they are set to welcome the Premier League’s bottom club Norwich to the Emirates Stadium.