Bellerin the perfect choice for Arsenal captain in Arteta era 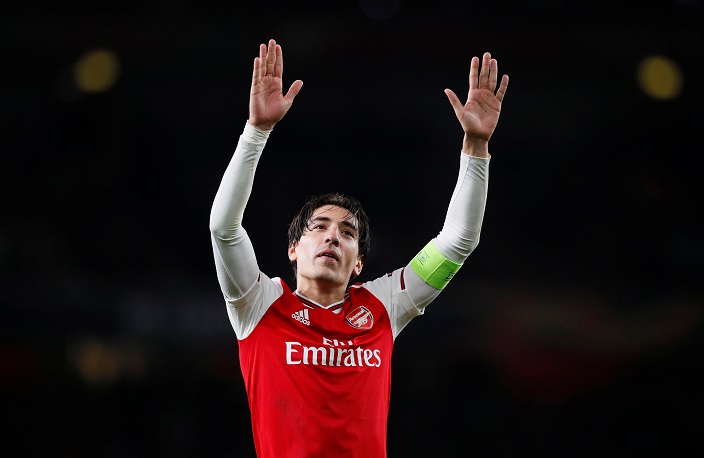 Hector Bellerin has made it clear he wants to be considered for the Arsenal captaincy and the Spaniard seems the logical choice to lead the team into a new era.

The way the game has developed, coupled with a dearth of leaders at the top of the sport, means the duties of a captain are largely ceremonial these days.

However, there is still a certain significance that comes with leading the team out, wearing an armband that means it is still seen as an important role, particularly in English football.

It was therefore seen as a huge punishment when Granit Xhaka was stripped of the Arsenal captaincy for his poor behaviour after reacting to jeers from the fans when being substituted during the draw with Crystal Palace in October.

Granit #Xhaka is subbed off to cheers from the Arsenal fans in their 2-2 draw with Crystal Palace today.

He also reacts to the cheers as he leaves the field.

Toxic atmosphere. You just don’t do that to your own player. Xhaka needs out of there.pic.twitter.com/EOfIooipnZ

Ex-head coach Unai Emery then let the squad vote on who should be the next skipper and they chose Pierre-Emerick Aubameyang to replace Xhaka, who was said to have been devastated to have been demoted.

Aubameyang is understood to be well-liked in the Emirates Stadium dressing room but hasn’t showed much in the way of captaincy material since getting the job and he might now be off come the end of the season.

With one-year left on the 30-year-old’s contract, the Gunners could look to cash in on Aubameyang come the end of the season and that will see them searching for their fourth different captain in the space of 12 months.

Even before Aubameyang has left – and he could well stay if Arsenal can agree an extension – Bellerin has already put his name forward as a potential replacement. And if he becomes one of the great Gunners captains, joining a bookmaker like Sky Bet could be the right time to back them to add another trophy to the cabinet.

“People may not see me as this massive guy who shouts on the pitch all the time or what people may have as a captain in their heads,” said the full-back. “But there are so many different ways of leading a team.

“For me, I have been speaking to the coach for a few months and he was telling me that I could be one of the people that could represent the team.”

Bellerin would certainly be a popular choice with the new generation of Arsenal fans, who see the 25-year-old as sharing a lot of their views and values on matters off the pitch.

The right-back isn’t afraid to speak his mind on topics, including politics and the environment, and that, coupled with him having come through the youth set-up at Arsenal, has endeared him to many supporters.

Arsenal’s Hector Bellerin leaves his 1.8m followers in no doubt what he thinks of the Prime Minister with a ‘f***Boris’ Tweet on election morning.
-DailyMail

Bellerin understands the club and its fans, making him a great choice to be the focal point on the field for the Arteta era.

Aubameyang hasn’t done a bad job as captain as such but with the club looking to start afresh, Bellerin should be the one to lead the team forward.