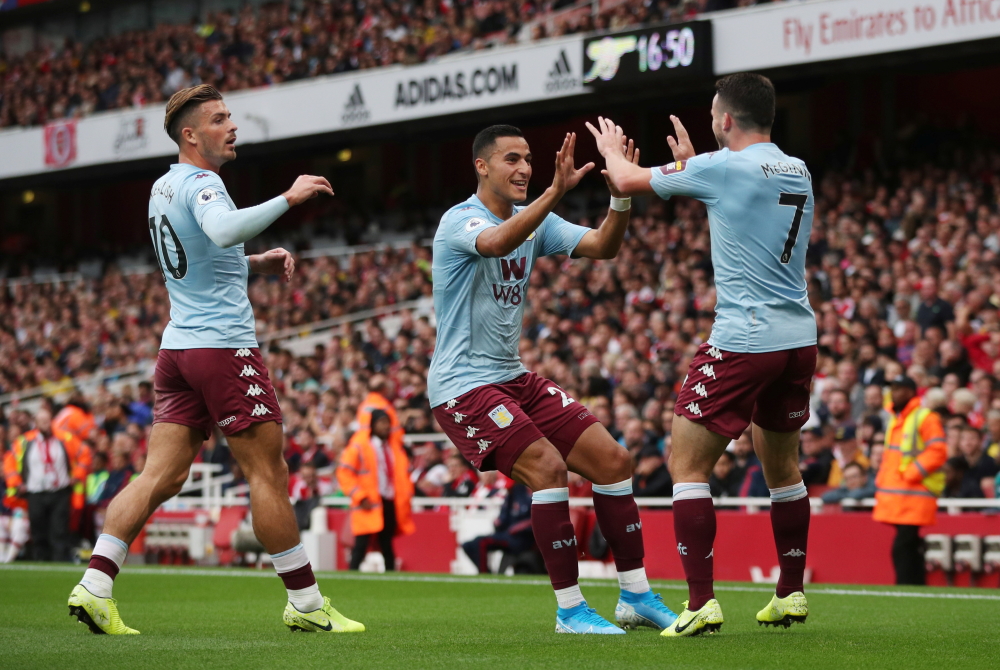 Aston Villa look to be in a relegation fight this season as they sit 17th in the Premier League, but boss Dean Smith still has plenty to be positive about.

Villa were promoted back up to the top-flight after a three-year absence in May when they overcame Derby County in the Championship play-off final and as is the case with most teams who come up from the second tier, they were expected to be among the candidates battling to stay up this season.

After 16 games, a quick check of the table suggests that assertion remains true, with Smith’s men just a place above the bottom three and level on points with Southampton directly below them.

However, Villa have shown plenty of good signs throughout the first fews months of the season to suggest they are good enough to move away from trouble in the new year.

After spending big in the summer, Smith assembled a squad, on paper at least, that looked comfortably capable of finishing clear of 18th place. Tyrone Mings joined on a permanent basis after a successful loan, while the signings of Wesley, Anwar El Ghazi, Trezeguet, Douglas Luiz, Bjorn Engels and Tom Heaton all pointed to a club ready to make their mark back amongst the elite.

There have been hits and misses amid the summer arrivals but Villa have still caught the eye with, in particular, Jack Grealish and John McGinn starring in midfield.

There is no doubt there is enough quality in Smith’s squad for them to stay up and even realistically push for the top 10, but at times they have not been streetwise enough to win or even draw games when in a position of strength.

There have been several good wins so far, including a 2-0 home success over Everton and a 5-1 thrashing of fellow new-boys Norwich, but Villa have been on the wrong side of plenty of tight games, losing by a single goal to Liverpool, Arsenal, Chelsea, Crystal Palace and Wolves.

Those results show they are able to compete with the more established teams but small details – and the odd bit of bad luck – is going against them. Smith acknowledged in the build-up to Saturday’s trip to Sheffield United that they must improve defensively and his side are conceding too many chances to the opposition at the minute.

Last weekend’s 4-1 home defeat to an admittedly in-form Leicester highlights Smith’s point, but it was only the second time they have been convincingly beaten this season (October’s 3-0 defeat at Man City being the other) and, more often than not, the Villans are going toe-to-toe with teams and do not look out of place in the Premier League.

They also have a passionate fanbase who are creating a hot atmosphere at Villa Park and can act as an inspiration during the second half of the season.

As it stands, it looks like Villa are in a relegation scrap, but they should still be optimistic for what lies ahead.