Home Premier League Aston Villa Back him or sack him? Should Villa spend big again in the January window?

Back him or sack him? Should Villa spend big again in the January window? 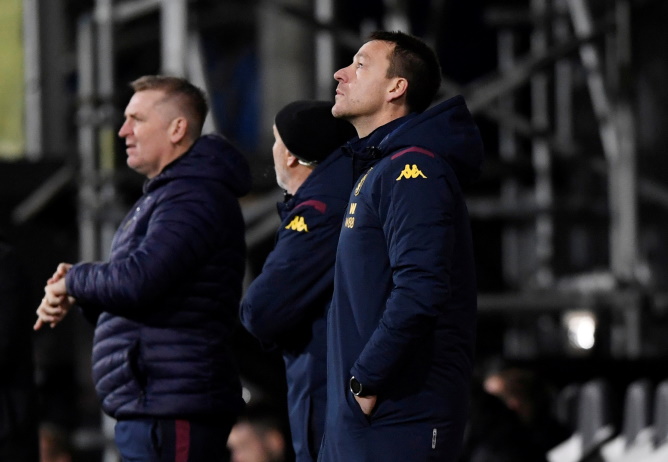 Aston Villa boss Dean Smith is hoping to sign new players in the transfer window but could you blame the board for keeping the cheque book under lock and key?

Smith did a fine job in guiding Villa to the Premier League via the play-offs last season and the powers that be did everything they could to back him in the summer transfer market as the squad was totally revamped.

Over £130million was spent on new players, including £22.5million on Wesley from Club Brugge, £20million on Tyrone Mings and £15million on Douglas Luiz from Manchester City.

The list does not end there, a further nine players were brought in, and although there were a lot of departures to claw some of the cash back, it was still a big outlay, and one that has not really paid off.

There is always going to be a period of transition when so many players are brought in at once, while injuries to key players have also not helped the situation, but the Villa board would have been hoping for better results on the field.

Heading into the New Year, Villa are in trouble as they sit just one point and one place above the relegation zone.

They crashed out of the FA Cup at the weekend, which is arguably a good thing, and now face a double header against Leicester in the Carabao Cup semi-final, with that run the highlight of the season so far.

But now the transfer window is open, there are some big decisions to be made by the board, the main one being do they keep faith with Smith for the rest of the season and back him in the transfer market again?

As things stand it looks as though they will. Despite their struggles only six points separate Villa and Arsenal, who sit in 10th spot in the Premier League.

Villa are unlikely to go mad in the window. The very nature of the January window probably wouldn’t allow them to do that anyway as clubs tend to keep hold of their best players until at least the summer.

But Smith says he has held transfer talks with chief executive Christian Purslow and sporting director Jesus Garcia Pitarch and plans are in place to try and get new players on board, with a new goalkeeper at the top of the wanted list following an injury to Tom Heaton.

Smith remains one of the favourites to be the next Premier League manager to get the axe, but all the very latest signs suggest Villa will keep faith for now.

But things can change, Villa have some big games in January aside from the Carabao Cup semi. They face Brighton and Watford in the Premier League and negative results there could really pile the pressure on.