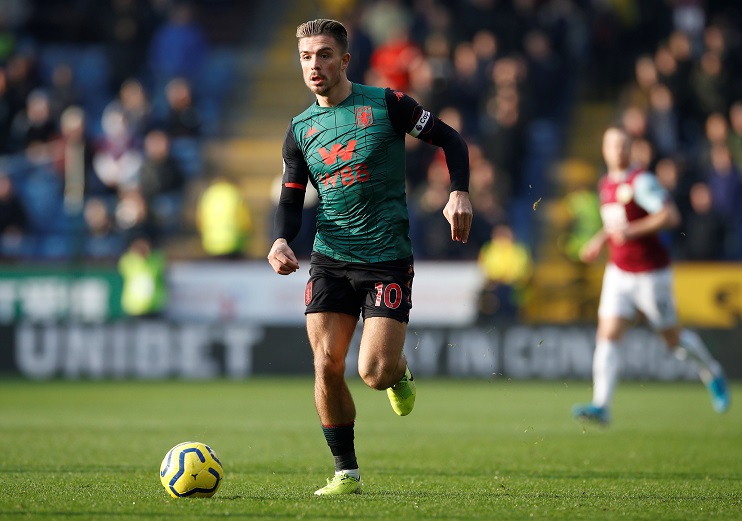 Grealish, who is being tipped to earn a spot in England’s Euro 2020 squad, has been a driving force for Villa over the past couple of seasons, having played a key part in their promotion from the Championship last term.

The 24-year-old captain has continued his impressive form during the 2019/20 campaign and he has scored six goals – making him the club’s top scorer in the Premier League – while also registering five assists from 19 appearances.

Interest in the midfielder is said to be extremely high and it is thought 20-time English champions Manchester United are eager to acquire his services before the January transfer window closes.

However, Grealish, who signed a new contract in September 2018 until the summer of 2023, will not come cheap and the Red Devils will have to fork out around £50million to sign the Birmingham-born star.

Tottenham Hotspur were also linked with a move last summer but even though the Villa skipper wanted to leave, a deal failed to materialise and he remained in the West Midlands.

Blair, who had two separate spells with the Villans and was part of the squad that beat Barcelona 3-0 to win the 1982 European Super Cup, is hoping Grealish opts to stay with the club.

“I think Grealish is absolutely maximizing his potential where he is at Aston Villa,” he told Love Sport Radio. “He’s doing a great job, and he’s supporting the club. Dean Smith is playing him in a position that suits him, almost the left of the front three.

“I think he’s best off staying where he is, genuinely. It’s the best way of continuing his career – and should it be that an opportunity presents itself for him to move to a top football club then that will be a decision for him, his family, and Aston Villa football club.”