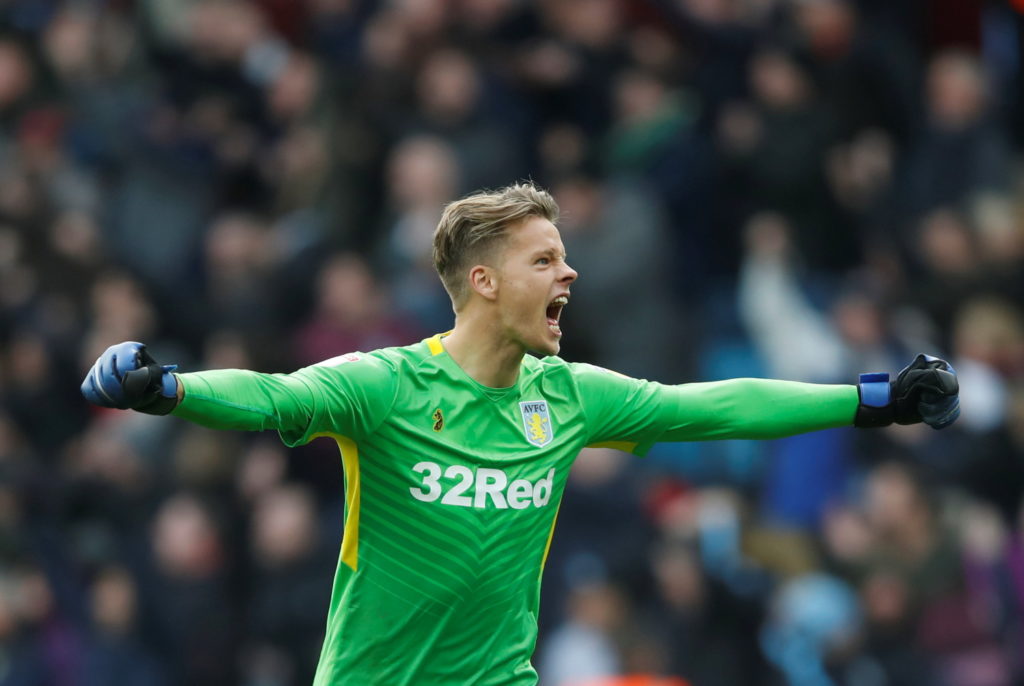 Goalkeeper Orjan Nyland wants Aston Villa to keep up the momentum when they host Manchester City on Sunday.

The Villans may be just one point and one place above the relegation zone heading into the weekend fixtures, but two wins from three has given all at the club a shot in the arm.

Add to that an encouraging 1-1 draw away at Leicester City in the first leg of their Carabao Cup semi-final and the West Midlanders may be able to salvage something from a season that looked like it might end in relegation.

There is still a long way to go in the league, while the Foxes will doubtless come out fighting in the League Cup return leg, but Nyland, who stepped off the bench to replace the injured Tom Heaton in the 2-1 victory at Burnley, seems upbeat.

“We’ve played two really good games away against Burnley and now against Leicester, so we have to take that to Villa Park on Sunday and hopefully we can put in a performance like we have done in those two games,” he told the club’s official website.

Getting anything from a clash with Pep Guardiola’s men will be tough, however, as the Citizens are still a talented side full of pace and power despite a below-par campaign by their previous own high standards.

The champions have won four from five in the top flight and looked excellent in downing rivals Manchester United 3-1 in the EFL Cup earlier this week.

Nyland, whose place in the team will come under pressure from former Liverpool and Spain goalkeeper Pepe Reina when he arrives on loan from Milan next week, knows Villa have some big games ahead and believes they should just stay in the moment.

“We just have to take it game-by-game and try to grab points in the league as well because we need them,” he added.