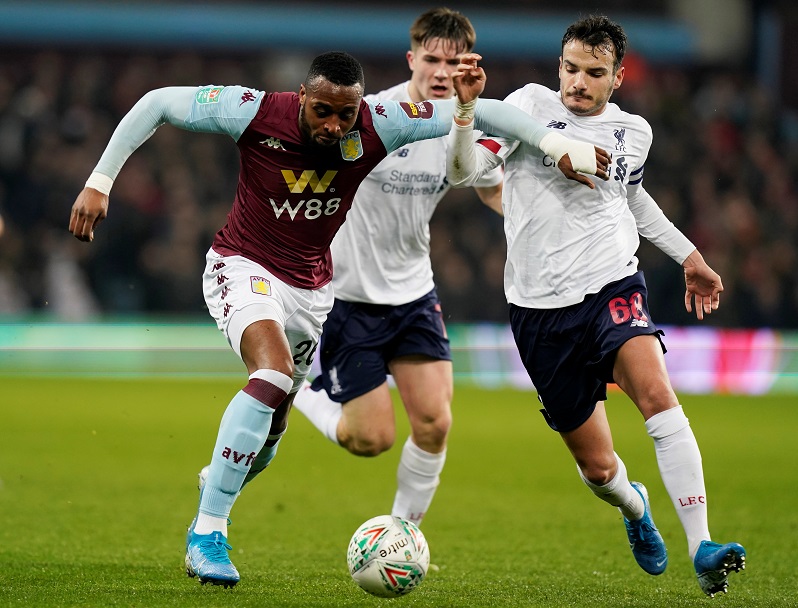 Aston Villa striker Jonathan Kodjia appears to be edging towards the exit with several clubs keen on doing a deal this month.

Kodjia hit nine goals in 41 appearances for Villa as they earned promotion from the Championship last season but he is yet to open his account in the top-flight.

The stage seemed set for Kodjia following the news that first choice frontman Wesley Moraes will miss the rest of the season with a knee injury, however, Smith clearly doesn’t have much faith in his ability to fire Villa clear of relegation danger.

It’s a damning inditement that Smith has opted to deploy a winger, Anwar El Ghazi up top for the last two outings, after Kodjia seemingly failed his audition in the FA Cup loss to Fulham on January 4.

The 30-year-old’s future has been widely speculated and Smith’s latest comments, along with the fact that he has been scouring the market for attacking reinforcements, appear to confirm that he will be moving on before the January transfer window shuts.

Kodjia’s contract at Villa Park is set to expire at the end of the term and the club are hoping to recoup some of the £11million fee they shelled out to sign him from Bristol City in 2016.

When asked if Kodjia was in contention to feature in Saturday’s trip to Brighton, Smith said: “No, everyone knows Jonathan’s out of contract at the end of the season.

“As is his age, he’s allowed to talk to clubs at the moment. He hasn’t trained with us this week and won’t be involved on Saturday.”

Reports suggest several clubs have been monitoring Kodjia’s situation and it’s understood a move to Qatar could be on the cards.

Meanwhile, Nottingham Forest have also been linked with a move as they attempt to boost their promotion hopes.