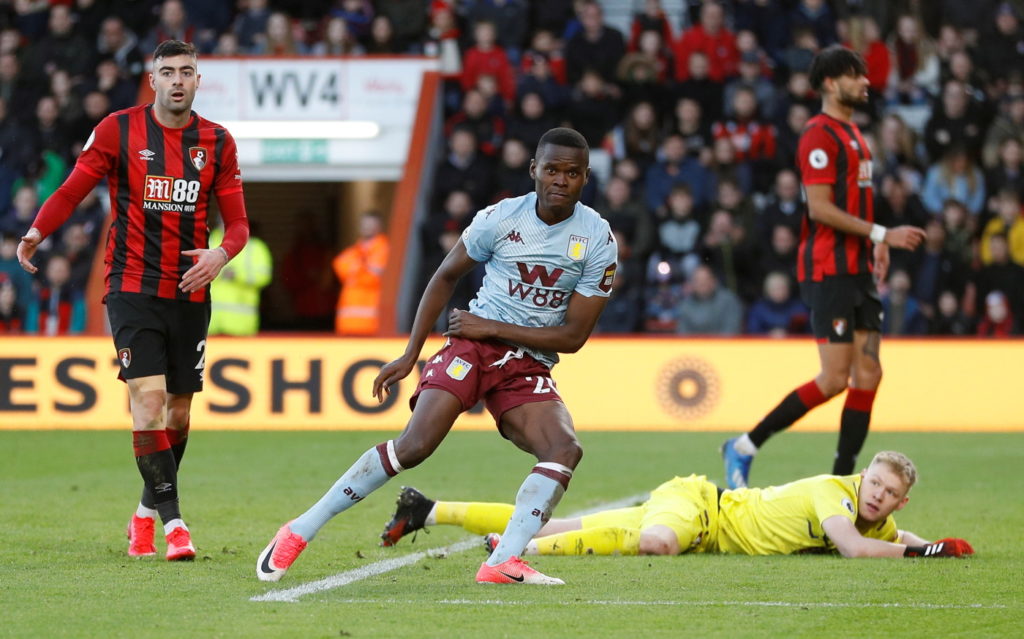 Mbwana Samatta scored on his top-flight Aston Villa debut at the weekend making Tanzania the 100th nation to boast a Premier League goalscorer.

Samatta’s strike in Villa’s 2-1 defeat at Bournemouth may have ultimately proved nothing more than a consolation goal, but it means he joins an illustrious list of players, who are the only ones to have scored in the Premier League for their respective countries.

Out of the 100 different nations that have contributed a top-flight goal in England since 1992, 16 of them have only been scored by one player.

Carl Cort currently holds the honour of scoring the most goals during that time, as he netted 28 for Guyana during a top-flight career that saw him represent Wimbledon, Newcastle and Wolves.

However, technically Cort scored his goals under the England flag, as he represented the Three Lions at Under-21 level and did not switch allegiances to Guyana until 2011 – seven years after his final Premier League goal.

Second place on the list is held jointly held by Armenia’s Henrikh Mkhitaryan and Shaun Goater of Bermuda, who both have 13 goals to their name.

Mkhitaryan scored his first five goals in the Premier League for Manchester United before adding a further eight at Arsenal and he could still extend that number, as he technically remains on the books at the Emirates Stadium, although he is currently on loan in Serie A at Roma.

All Goater’s top-flight goals came with Manchester City and they were all scored after his 30th birthday as he was a late arrival to the Premier League.

Victor Wanyama is the only other player to have reached double figures on this list, as the Tottenham midfielder has scored 10 under the flag of Kenya, six for Spurs and four for Southampton, although he is currently out of favour under Jose Mourinho and does not look like adding to that tally anytime soon.

Former Manchester United and Stoke defender Danny Higginbotham scored nine goals during his Premier League career, which was arguably the longest of anyone on this list, but like the before-mentioned Cort, all his goals came before he switched international allegiances from England to Gibraltar.

Belarus’ Alexander Hleb scored eight goals during spells with Arsenal and Birmingham, while Barnsley fans will remember North Macedonia’s Georgi Hristov for his four-goal haul during their sole top-flight campaign.

Angolan forward Manucho, who was once on the books of Manchester United, ex-West Ham midfiedler Pedro Obiang, who represents Equatorial Guinea at international level, and Burkina Faso’s Bertrand Traore, who began his career at Chelsea, are the only other player on the list to have scored more than once.

That means Samatta is one of six players to have scored their country’s only ever Premier League goal and he is not the first to achieve that feat this season, as Norwich winger Onel Hernandez grabbed Cuba’s first back in October.

Three of the other four players to score their country’s sole Premier League goal have all played in the division recently, but you will be forgiven if you do not remember them too well.

Kei Kamara became Sierra Leone’s sole scorer during a loan spell with Norwich in 2013, while Ragnar Klavan’s time at Liverpool is more remembered for defensive mistakes than goals, but he did notch Estonia’s only Premier League strike on New Year’s Day 2018.

Gambia’s Modou Barrow, who is currently on loan at Denizlispor from Championship club Reading and could potentially return to the Premier League one day, grabbed his sole top-flight goal to date for Swansea back in 2016.

The final name on this list scored his and Saint Kitts and Nevis’ only Premier League goal during the first season of the competition back in 1992-93, with Bobby Bowry netting the only goal of the game as Crystal Palace beat Aston Villa back in February 1993.