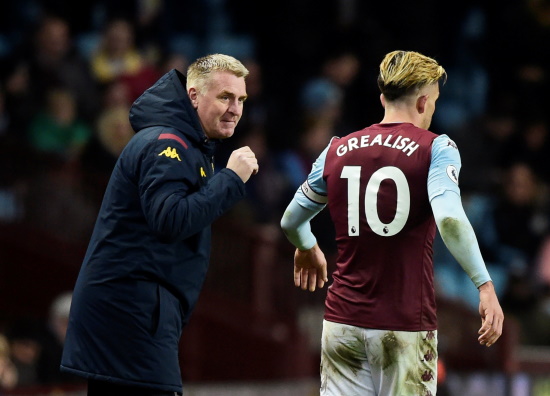 Dean Smith says Aston Villa and the club’s owners will do all they can to keep hold of Jack Grealish in the summer.

Despite the closure of the January transfer window, it has not stopped the continual flood of speculation regarding a summer move for Grealish, with Manchester United apparently leading the chase.

United are desperate to bolster their midfield with attacking talent during the close season and Grealish, along with Leicester City’s James Maddison, is said to be high on the wanted list of the Reds.

Some reports have claimed that United are making early moves to get a deal lined up and Grealish would relish the chance to head to Old Trafford.

While it is almost inevitable the 24-year-old will leave if Villa are relegated, should the club retain their Premier League status, then the onus will be on co-owners Wes Edens and Nassef Sawiris to convince the midfielder to stay, and not to have his head turned.

Mourinho: “Grealish is a player with great freedom. He can score a goal & assist. He has a connection with the fans. It’s so easy to feel immediately he’s one of them. A very important player.” [thfc] #avfc pic.twitter.com/HgWykp93Nw

When quizzed about the player’s future, Smith could offer no guarantees, but is convinced everything will be done to keep hold of Grealish.

“If you want to be a successful team you have to keep your best players, and they will be working very hard to ensure our best players stay at this football club,” he said. “That’s probably the best answer I can give the fans.”

It is thought United will be willing to offer in the region of £60million to get a deal done, but Villa should be in a position to knock back all offers if they beat the drop.

It could all depend on how much Grealish wants to move to a club like United, and whether Villa would be willing to grant him his wish or stand in his way.

Grealish will again aim to be Villa’s inspiration when they face Jose Mourinho’s Tottenham at Villa Park on Sunday, with Smith’s side in relegation trouble and in desperate need of a positive result.