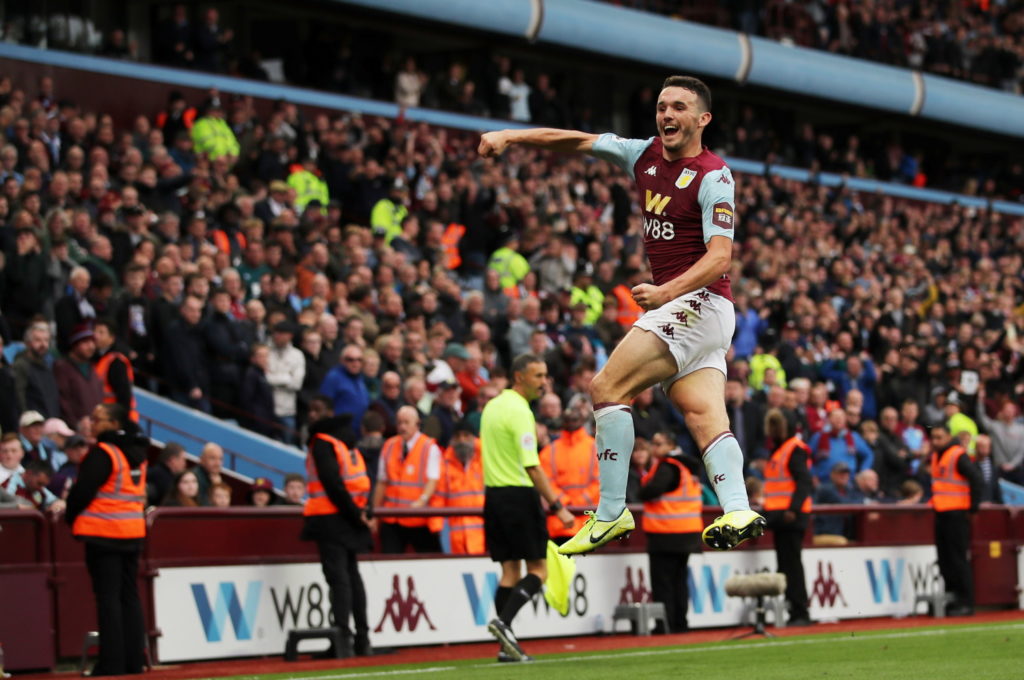 Aston Villa's Premier League survival bid is set to be boosted by the return of John McGinn, who will certainly ease the burden on captain Jack Grealish.

Scotland international McGinn has been sidelined since fracturing his ankle during Villa’s home defeat to Southampton before Christmas, but he has now stepped up his recovery.

The 25-year-old will not be considered for selection by Villa boss Dean Smith for Monday’s Premier League clash with Leicester at the King Power Stadium, but he is expected to be available for the home encounter with Chelsea the following week.

“He feels really good, which is the important thing.”

Dean Smith with an update on the fitness of @JMcGinn7… 👇#AVFC pic.twitter.com/Na3f90SKho

Villa have struggled for form without McGinn, as they have won just two of their nine league games in the midfielder’s absence, a run that leaves them second-bottom of the standings and two points adrift of safety, albeit they do have a game in hand on their relegation rivals.

The Glaswegian was a key figure for Villa prior to his injury, scoring three goals and providing two assists over the first half of the season, while his understanding with skipper Grealish has been key ever since he joined the club from Hibernian in 2018.

Indeed, McGinn’s absence has ramped up the pressure on Grealish to almost single-handedly drive Villa’s survival bid and he has impressed in that role, but there are also signs that he is crying out for support – a quiet display in last weekend’s Carabao Cup final defeat to Manchester City being the perfect illustration.

The energy and drive that the Scot provides will undoubtedly ease the burden on Grealish, although given the length of his absence, it may take the former St Mirren youngster time to get up to full speed.

A fully fit McGinn and Grealish is likely to give Villa their best chance of surviving in the Premier League, with the reality being, if they don’t stay up, then both players could move on to other top-flight clubs during the summer.

Of course, his return is not just a timely one for Villa, but for Scotland as well, as the Tartan Army are set to play Israel in the Euro 2020 playoffs at the end of this month.

McGinn scored seven goals in eight appearances during the qualifiers for this summer’s European Championships and his stock will grow further if he spearheads Steve Clarke’s team to the finals of what will be their first major international tournament since 1998.

So, while Grealish rightly claims a lot of the Villa plaudits, it should not be underestimated just how important McGinn is to the club as well, something that has certainly been emphasised during his recent absence.