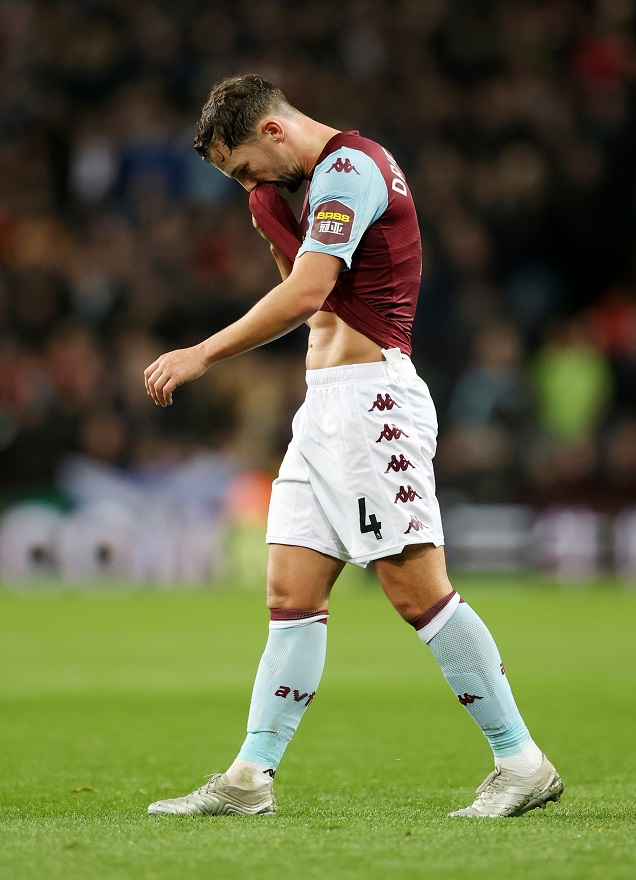 Danny Drinkwater's Aston Villa future appears to be in doubt after he was allegedly sent home following an incident at training on Tuesday.

England international Drinkwater only joined Villa on loan from Premier League rivals Chelsea in January, but he has been limited to just four league appearances for the club, the last of which came in the home defeat to Tottenham nearly a month ago.

The 30-year-old has been unable to force his way past the likes of Marvelous Nakamba and Douglas Luiz in Dean Smith’s starting XI over recent weeks, while he was an unused substitute as Villa were thrashed 4-0 by his former club Leicester on Monday night.

Things now appear to have got worse for Drinkwater after reports emerged that Smith sent him home from training on Tuesday after he clashed with team-mate Jota during a heated exchange.

The midfielder has also been fined for his part in the incident and his future at Villa Park now appears to be in doubt, with the club said to be considering terminating his loan.

It is not the first time Drinkwater has been involved in controversy this season. He was injured in a nightclub altercation on loan at Burnley during the first half of the campaign – and the Clarets eventually cut short his season-long loan, enabling him to join Villa.

Drinkwater has struggled to rediscover the form he showcased when helping Leicester win the Premier League title back in 2016.

The former Manchester United youngster joined Chelsea from the Foxes in 2017 although he has made just 12 league appearances for the Blues and is well out of the picture.

His long-term future appears to lie away from Stamford Bridge although a permanent move to Villa now seems to be in real doubt.