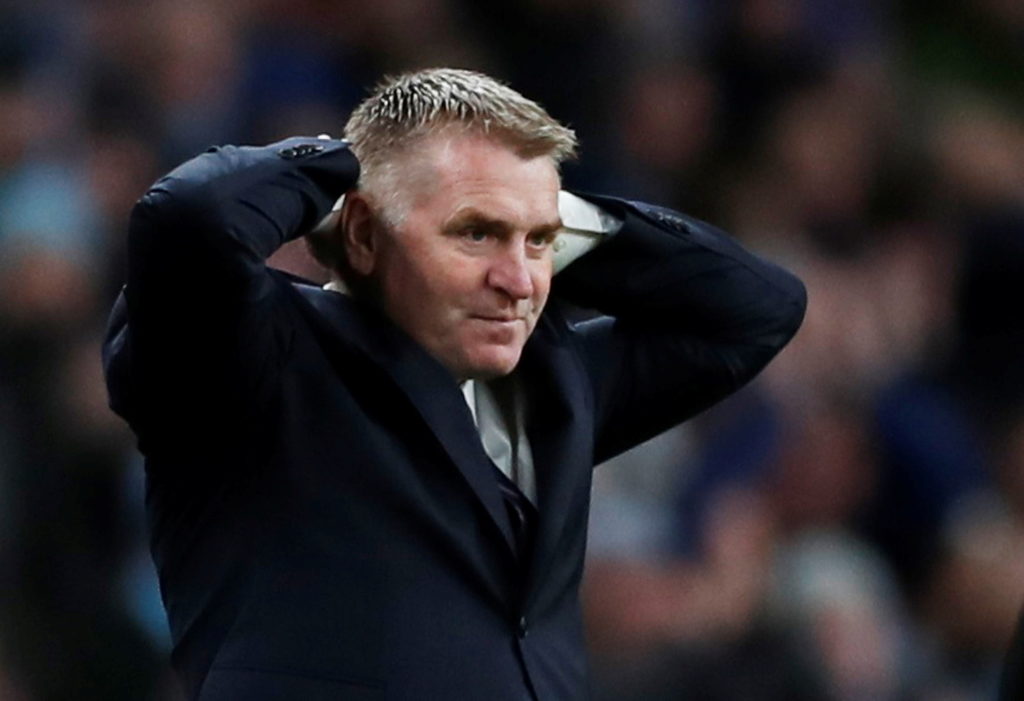 Aston Villa are reportedly pondering a move to sack Dean Smith but, with 10 games of the season left, surely it would be too late to make an impact?

The Villans have endured a disappointing first season back in the top-fligh, having secured promotion via the Championship play-off final last May.

Smith was handed the job back in October 2018 as Villa floundered in the second tier under Steve Bruce on the back of losing to Fulham in the previous season’s play-off final.

The former Brentford and Walsall chief had a huge impact on the side, guiding them to a top-six finish thanks, in large part, to breaking a 109-year club-record of 10 successive wins, which was completed thanks to a 1-0 win against Millwall in April 2019.

They saw off local rivals West Brom in the play-off semi-finals and overcame Derby County 2-1 in the final at Wembley to secure a return to the Premier League after a three-season absence.

Smith was handed over £100million to rebuild the squad for an assault on the Premier League although the investment has not looked like paying off.

Dean Smith has been cut to 2/1 to be the seventh casualty of the Premier League season.

Should Aston Villa back their manager or roll the dice and make a change? 🎲

Like Fulham in the previous season, Villa are struggling in the bottom three, with 25 points from 28 matches, while they are on a run of four consecutive defeats.

With the gap to safety just two points, reports suggest Smith could be sacked if Villa are beaten by Chelsea this weekend.

Any new manager would have around two months – nine games – to try and rejuvenate the squad and lead them to safety.

Smith’s current assistant John Terry has been named as one possible successor – slightly bemusing given he has been a part of the backroom set-up in the poor run, so it is hard to imagine what new ideas he could bring to the table.

Even the appointment of a new boss from outside the club is no guarantee of being a success when you consider how Newcastle drafted in their legendary striker Alan Shearer for the final eight games of the 2008-09 season – and he managed to pick up just one win as the side was eventually relegated.

The sensible option is to stick with Smith and hope the 48-year-old can get enough of a tune out of his players to get over the safety line, then consider their options in the summer – whatever the outcome.