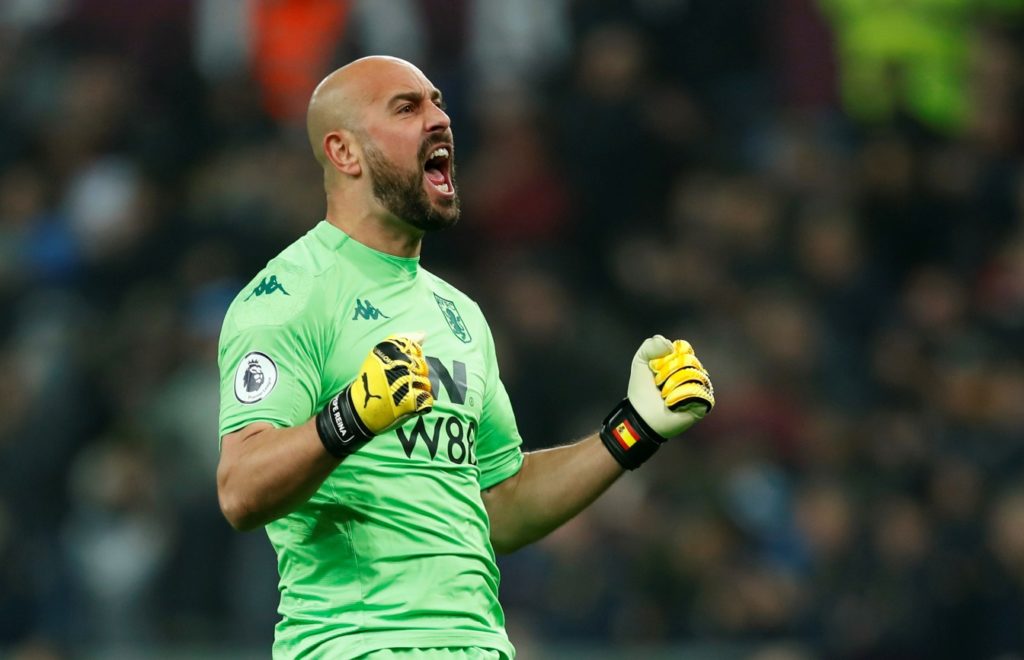 Pepe Reina has called for Euro 2020 to be postponed due to the coronavirus outbreak and warned the authorities in England to take the situation seriously.

All elite football in England has been postponed until early April but there are major doubts the action will resume then due to the global pandemic, with Europe now in the grip of the virus.

Leagues in Italy, France, Germany and elsewhere have all been suspended but the Premier League was among one of the last to react and only decided on Friday morning to bring a halt to proceedings.

Aston Villa keeper Reina says the right decision was reached and says everyone must take the virus seriously.

Reina, who is on loan at Villa from AC Milan, told Marca: “It was crazy to keep playing. We must all take this seriously. The other countries most affected have already taken their radical measures and we have to go down that path. England cannot close its eyes and look the other way.

“The priorities in life must be made clear and soccer is just a game and an entertainment for the people. The health of the people must prevail before any other interest.”

There remains plenty of uncertainty as to how and when the games will resume with plenty to play for still across Europe but one plan would be to cancel or postpone Euro 2020 in order to provide more time for the domestic leagues to be completed.

Reina says football should only be on the agenda again when the worst of the virus has passed – whenever that may be – but postponing this summer’s international tournament would be wise.

He added: “The leagues should only start again when everything calms down and the most logical thing is to postpone Euro 2020 to next year. That should maybe the first step.”

#AVLCHE is off, but we’re still bringing you some action from Villa Park.

Keep an 👁️ out for highlights from a memorable W back in 2009!

What a team this was! 👊#AVFC pic.twitter.com/BX4Oq6vcov

Former Liverpool keeper Reina joined Villa in January and has played six times for Dean Smith’s side but has yet to keep a clean sheet.